Three million BMWs made in Leipzig. 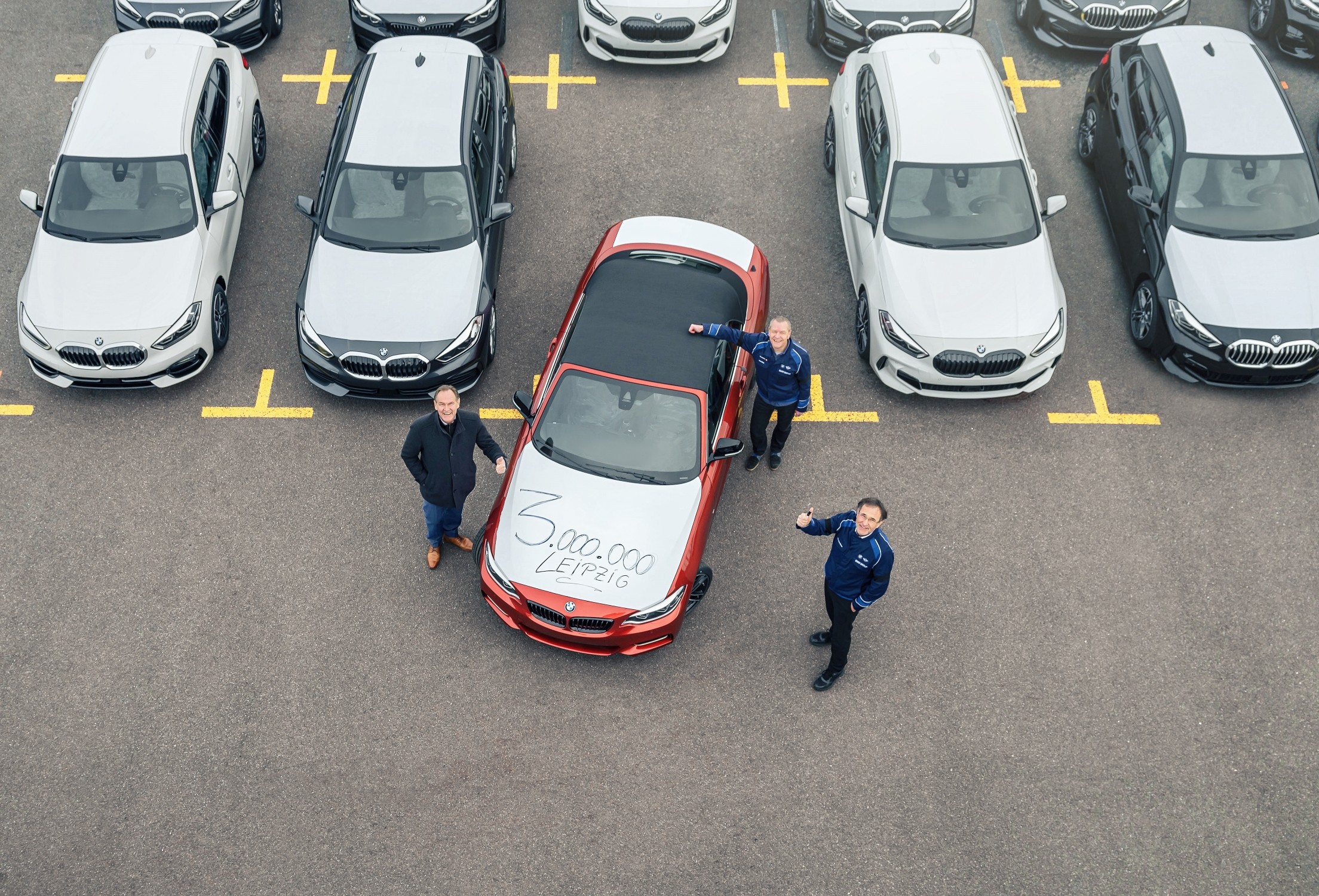 “The fact that we’ve manufactured 3,000,000 cars in sixteen years is all down to the hard work and commitment of our highly motivated employees. The team here in Leipzig are fantastic”, said Plant Director Hans-Peter Kemser honouring the work of all employees. He is particularly proud of electromobility in Leipzig: “The 3,000,000 we are celebrating today include more than 200,000 BMW i3 vehicles, and production of all-electric cars continues to develop. The next time we celebrate an anniversary, it will be with a new family member, the MINI Countryman from Leipzig, which will come with a choice of a combustion engine or an electric drive.”

Works Council Chairman Jens Köhler emphasised the contribution and achievements of employees as well: “3,000,000 vehicles made right here are an impressive testimony to the fact that Plant Leipzig is an integral part of the global BMW production network. BMW has placed their trust in our plant and also in our employees, who deliver peak performance every day.”

The latest milestone vehicle was duly dispatched to its new owner – a customer in Bavaria, the home of BMW – with the Lord Mayor of Leipzig, Burkhard Jung, BMW Group Leipzig Plant Director Hans-Peter Kemser and the Works Council Chairman at Plant Leipzig, Jens Köhler, in attendance.

The Lord Mayor of Leipzig, Burkhard Jung, was visibly impressed by the growth of the BMW plant in his city. “In 2016 I came here to celebrate Plant Leipzig’s 2,000,000th vehicle. I’m now looking forward to coming back for the 4,000,000th! Judging by the way BMW is constantly investing in the development of this facility, that will be within the next five years. Also, I’m particularly pleased that, after the BMW i3, Plant Leipzig is due to manufacture another electric car, the MINI.”

Lined up end to end, the 3,000,000 vehicles made by Plant Leipzig would stretch about 13,000 kilometres – roughly the flight distance from Leipzig to Australia’s northernmost city, Darwin. At a glance: All the models made by BMW Group Plant Leipzig since 2005.

BMW AG Board Member for Production, Milan Nedeljković, is also thrilled by the anniversary: “As a pioneer in electromobility, Plant Leipzig is of particular importance in the BMW Group production network. When we start making the successor to the current MINI Countryman, Leipzig will be the first BMW facility to make both BMWs and MINIs.” Nedeljković was Head of Assembly and Plant Director at Leipzig between 2010 and 2015.

After 3,000,000 vehicles, the plant and team are not about to rest on their laurels. Instead they are busy preparing for the forthcoming MINI crossover. The successor to the current MINI Countryman, it will be manufactured from 2023.

Since going on stream in 2005, production capacity at Plant Leipzig has gradually increased. The facility is currently capable of delivering up to 350,000 vehicles a year, compared with some 54,000 in the first year of operations. It now has its sights set firmly on the next million and is also undertaking the next steps towards greater sustainability and becoming a “green plant”. Milan Nedeljković: “The next stage of development will see the BMW Group strengthen Plant Leipzig’s role as an important and reliable factor in the economy of the Leipzig/Halle region.” The 3,000,000th BMW from Plant Leipzig, a BMW M240i Convertible in Sunset Orange waits in the dispatch area at the plant. More than 1,000 brand-new vehicles a day embark on their journey to the customer from here.

At BMW Group Plant Leipzig, the sparing and efficient use of energy has always been a top priority, with regenerative sources used wherever possible. Since 2013 production of the BMW i3 has been powered by green energy from four wind turbines on the plant premises, meaning the BMW Group’s first fully electric model has been made with locally sourced green energy since day one. But now the plant is aiming even higher: “By 2030 we intend to reduce CO2 emissions from production by 80 percent compared with 2006. Our vision is to fully decarbonise production by replacing fossil fuels with hydrogen,” said Plant Director Hans-Peter Kemser looking to the future of BMW Group Plant Leipzig. In 2016 the 2,000,000th BMW from BMW Group Plant Leipzig was a BMW i3 in Protonic Blue. It too was celebrated by Plant Director Hans-Peter Kemser (left), the Lord Mayor of Leipzig, Burkhard Jung, and Works Council Chairman at Plant Leipzig, Jens Köhler (right).