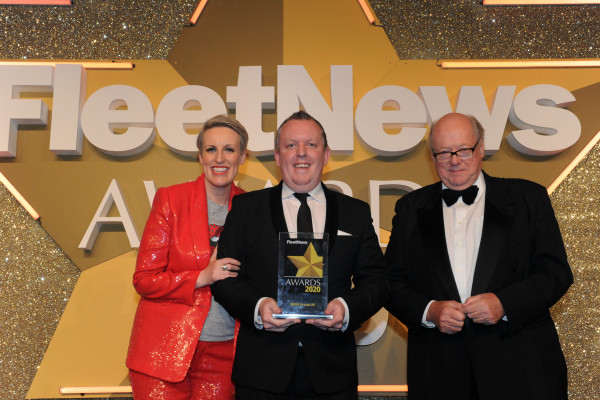 BMW UK awarded Fleet Manufacturer of the Year for the second consecutive year.

Latest awards take BMW UK’s tally of industry accolades to nearly 20 since the start of the year.

BMW UK has reaffirmed its popularity with business customers after winning five categories at the Fleet News Awards 2020, including retaining the highly coveted Fleet Manufacturer of the Year award that is voted for entirely by readers.

On awarding the Fleet Manufacturer of the Year title to BMW UK for the second consecutive year, Stephen Briers, Editor-in-chief of Fleet News, said: “Market leading products, strong engagement with the fleet sector, and a real understanding of the needs of leasing companies, fleet end users and company car drivers has taken BMW to back-to-back wins in this category. It continues to sit at the top of the fleet choice list.”

The 5 Series retained its title of Best Executive Car for the third consecutive year. The Fleet News judging panel praised it for its comfort, unrivalled driving experience and low running costs. Summing up, the judges commented: “Already the best car in the segment, the new mild hybrid option and RDE2 diesel simply strengthen the 5 Series’ hold on this award. The outstanding choice for fleets and drivers.”

Highlighting the new 3 Series as a clear winner in the Premium Car category, the judges were impressed with how it “blends refinement, efficiency and drivability into a package that no rivals can beat.” Stephen Briers, Editor-in-chief of Fleet News, added: “Best-in-class driving is a given, but BMW has greatly enhanced the interior quality and added a host of outstanding technology, including the plug-in 330e version to make the 3 Series the standout car in this category.”

Fleet News was equally complimentary of the new 1 Series. On the reasons for awarding the recently launched model, it commented: “Distinctive styling, strong driver appeal and with front-wheel drive transmission that makes it more accessible. The BMW 1 Series is an excellent choice for business fleets.”

Rob East, General Manager, Corporate Sales, BMW UK, said: “We are absolutely delighted to accept these awards, particularly Manufacturer Of The Year and New Company Car of the Year, which are decided by readers. It’s exceptionally pleasing to retain the Fleet Manufacturer of the Year title, an award which recognises our efforts to provide our business customers with a straightforward, hassle-free service that complements the very best products. Our core business-focused models have never been stronger, offering corporate customers the benefits of low running costs, optimum efficiency and attractive BIK, especially on our electrified models, while still delivering the unrivalled BMW driving experience.”

The Fleet News trophies take BMW UK’s tally of industry award wins to nearly 20 since the start of the year.