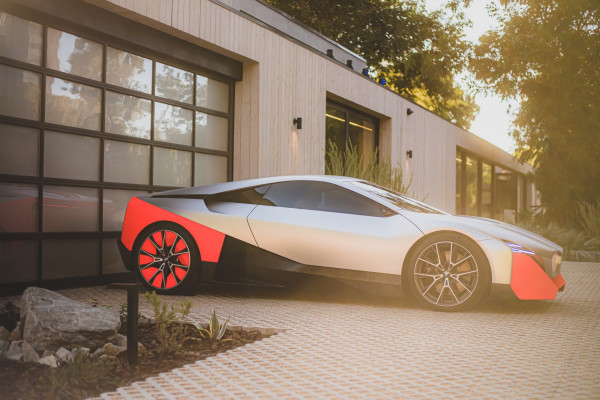 In early Summer 2019, BMW hosted their first ever NextGen event at the BMW Welt. In the heart of Munich, BMW gave us a glimpse into the future of the brand, one that’s clearly heading towards electrification. One of those future projects unveiled in Munich was the BMW Vision M Next. The Vision in the name stands for an early concept of a potential future model. In time, BMW is likely to unveil a new version of this Vision car which is closer to a production model. And that production model is rumored to be the next-generation BMW i8. 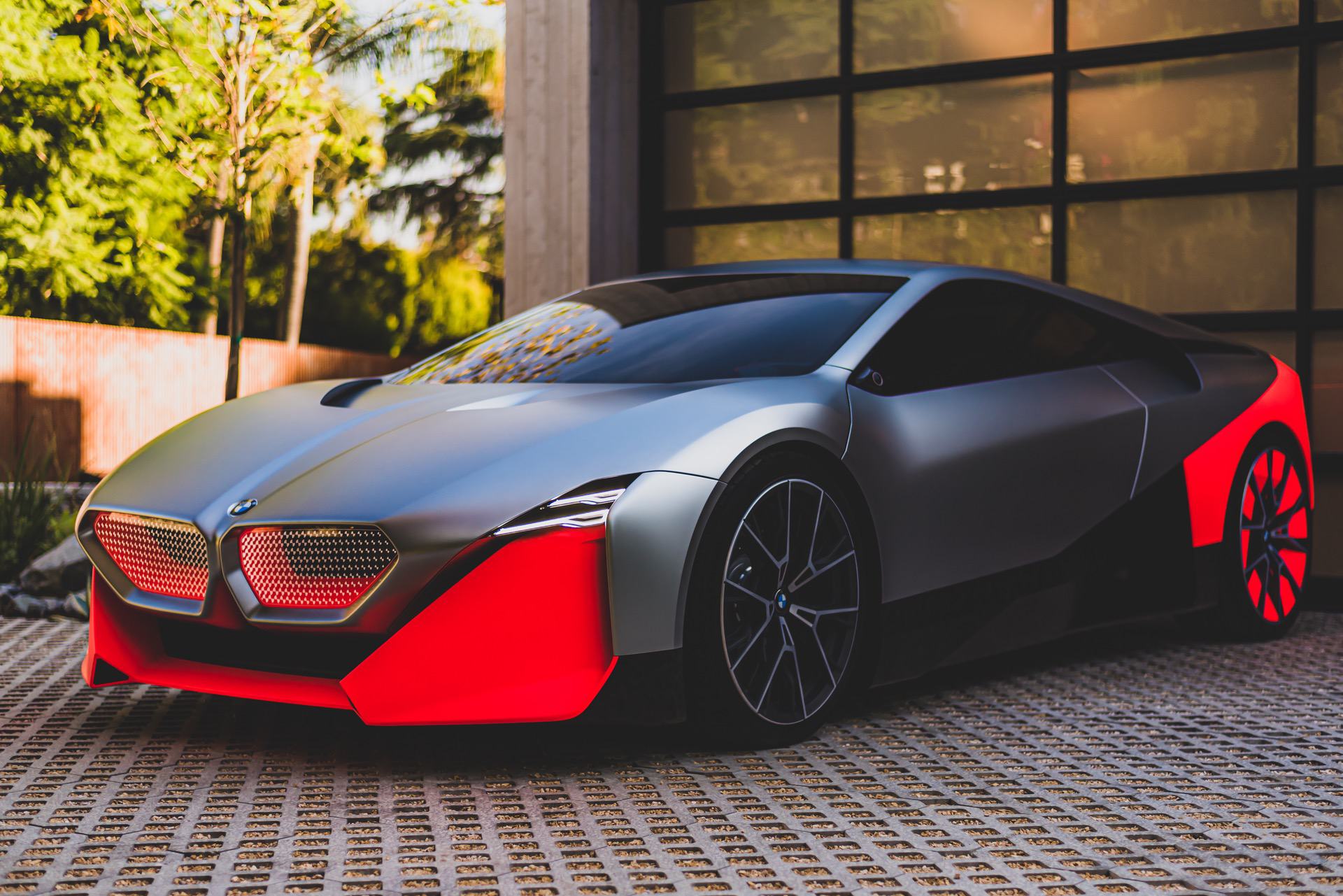 Whether BMW will retain the i8 name, remains to be seen even though we’re inclined to believe that a new badge will be assigned. Fast forward a few months later and the BMW Vision M Next has already been seen at several events around the world, from the Pebble Beach Car Week to Los Angeles for the auto show week. While in the City of Angels, our friend Jester Jungo (streetshooter.la) had the chance to grab to the BMW Vision M Next for a photoshoot at the Bridge House LA. The result can be seen in the two photo galleries below which are exclusively available to you. 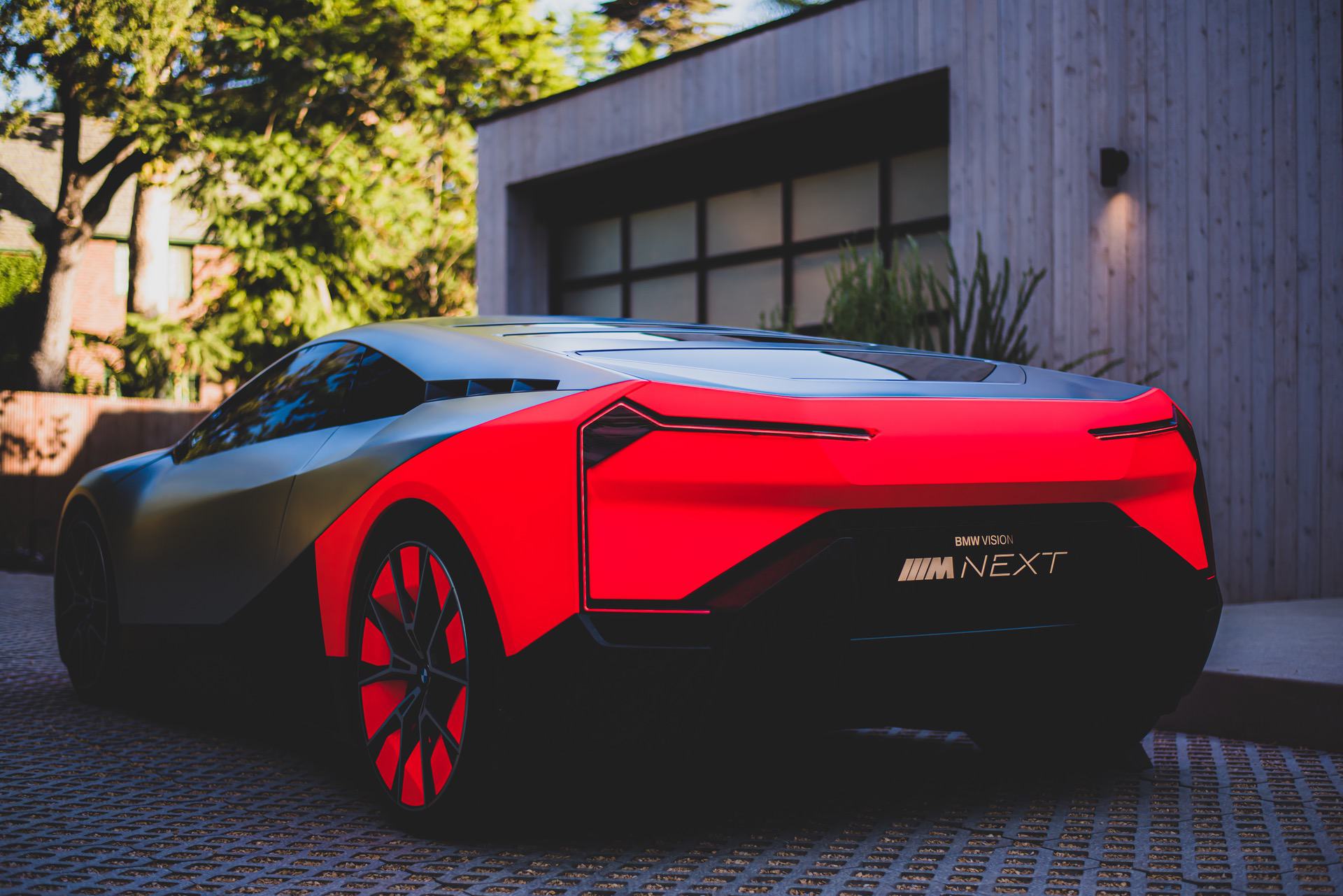 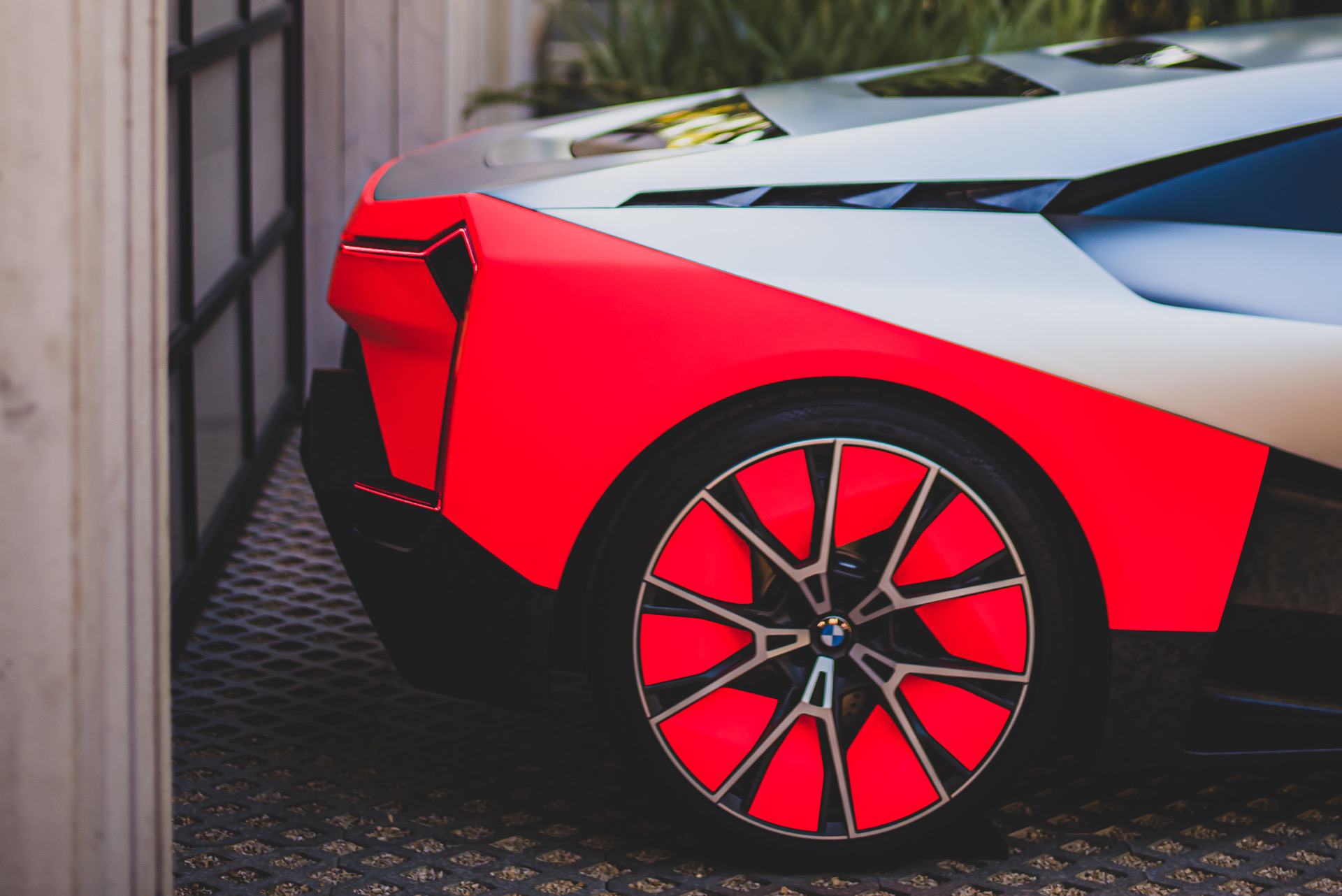 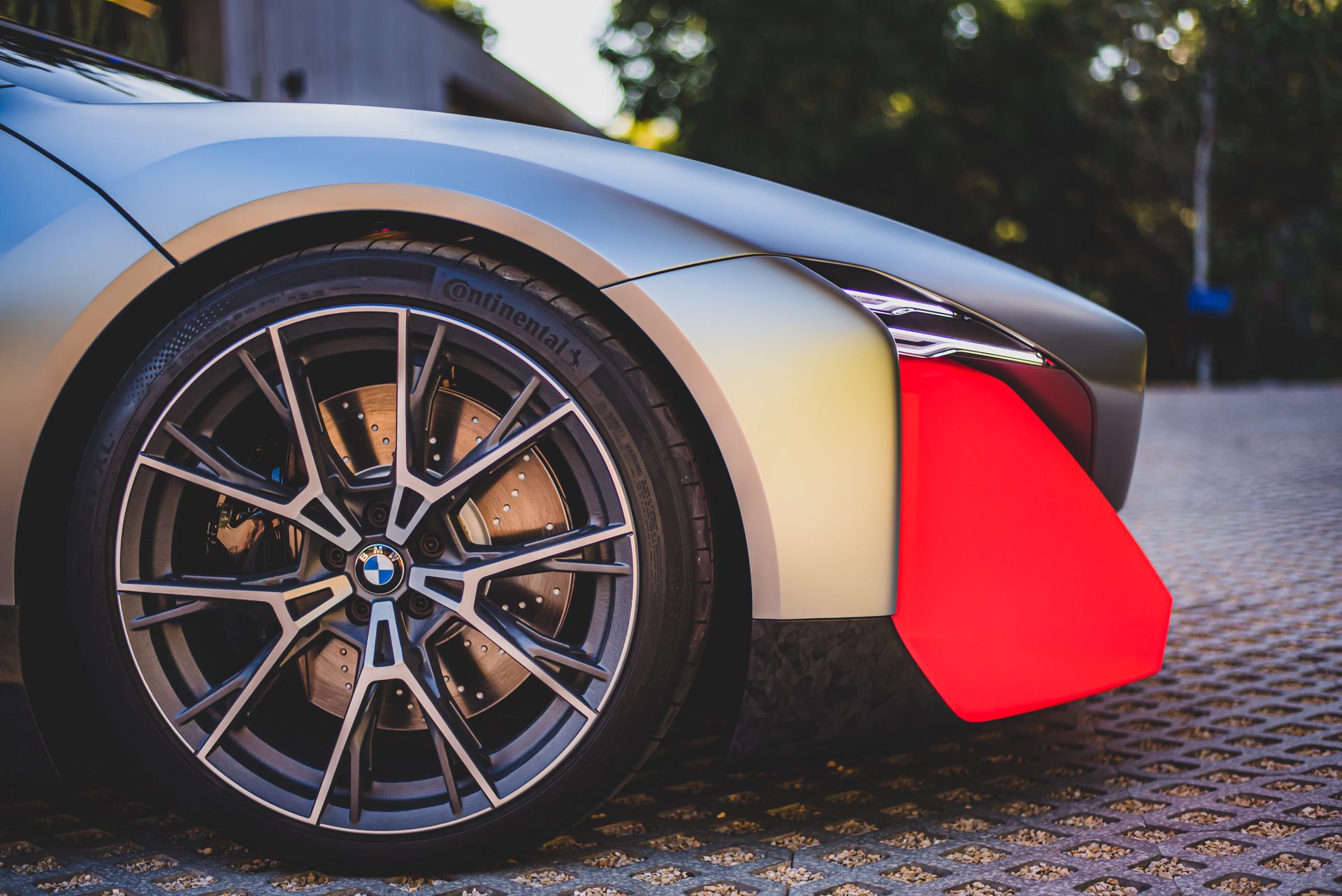 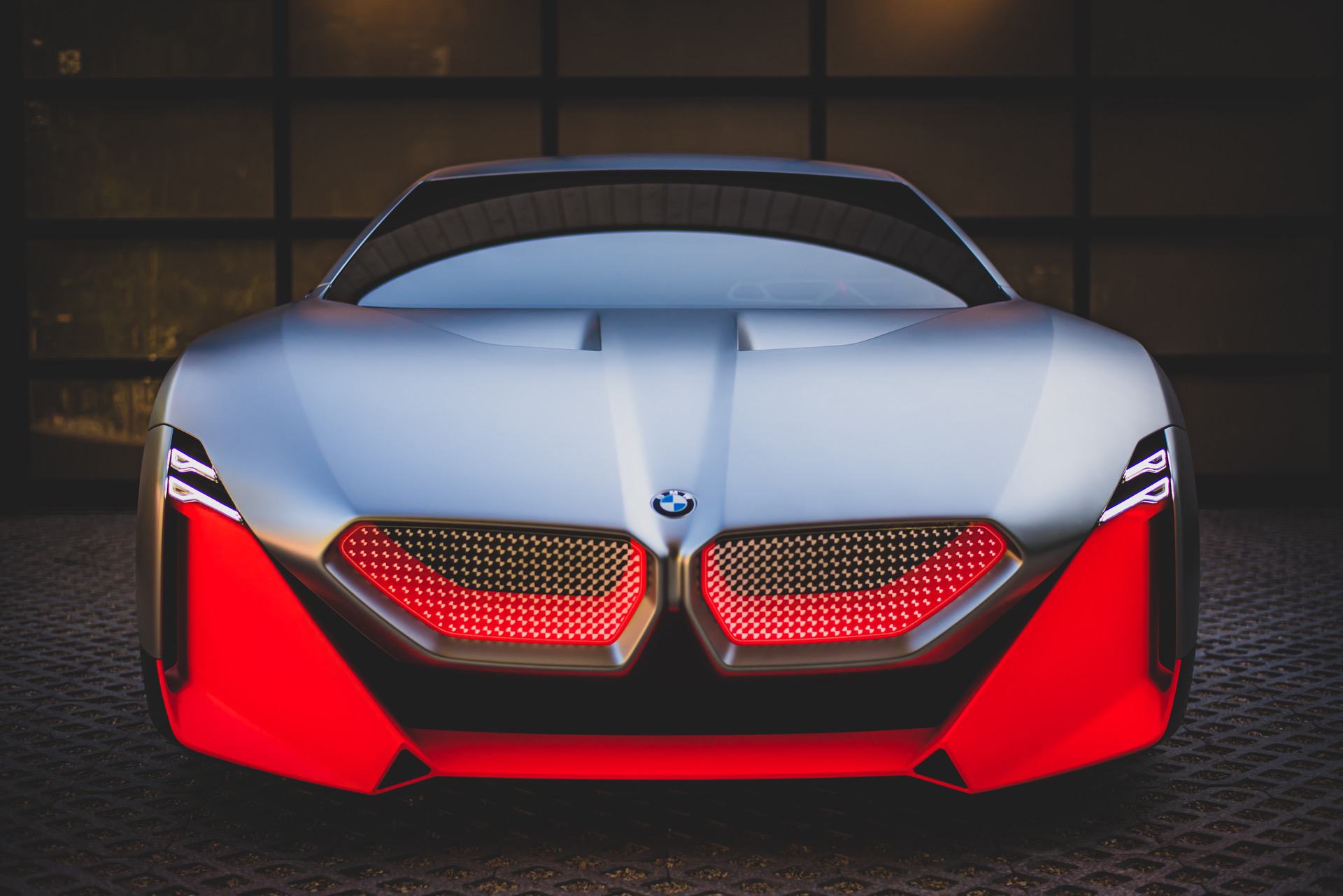 Even though not officially confirmed by BMW, the Vision M Next will indeed head for production in 2023. The car will be part of a new BMW M lineup and the first step towards a fully electric M car. The Vision M Next is said to run a plug-in hybrid with a 2.0 liter four-cylinder turbo engine and twin electric motors.

The combination was claimed by BMW to deliver 600 horsepower, or enough for 0-62 mph acceleration in 3.0 seconds and a top speed of 186 mph. Even better than that, drivers will be able to choose between electrified all-wheel drive or pure rear-wheel drive. 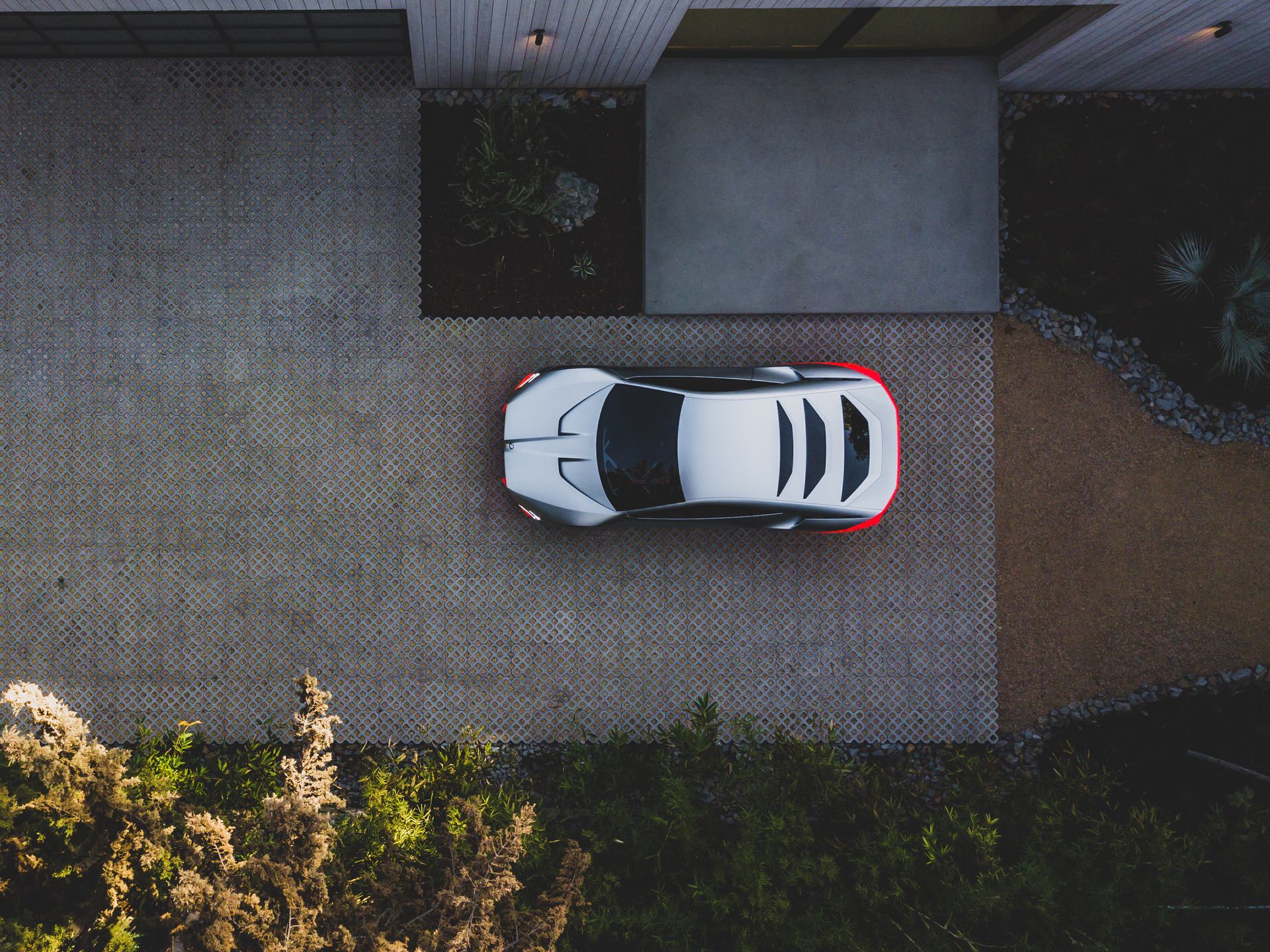 BMW R&D chief Klaus Froelich said last year that a fully electric M Next would have made the car too heavy – 4,850 pounds – so going with a plug-in hybrid powertrain, BMW will be able to keep weight down to a more reasonable level. The automaker targeted a weight of 3,750 pounds for the Vision M Next concept but actually came in a lot lower, according to Froelich.

Its design is a cross between the BMW i8 and the M1 Hommage. There are plenty of square shapes that’s reminiscent of the Giugiaro-designed BMW M1 from the ’70s. The C-pillar vents, the louvered rear window, its spindle-thin taillights with BMW Roundels in them – harking back to the original M1 – all combine to make the Vision M NEXT an interesting car when it hits the market. 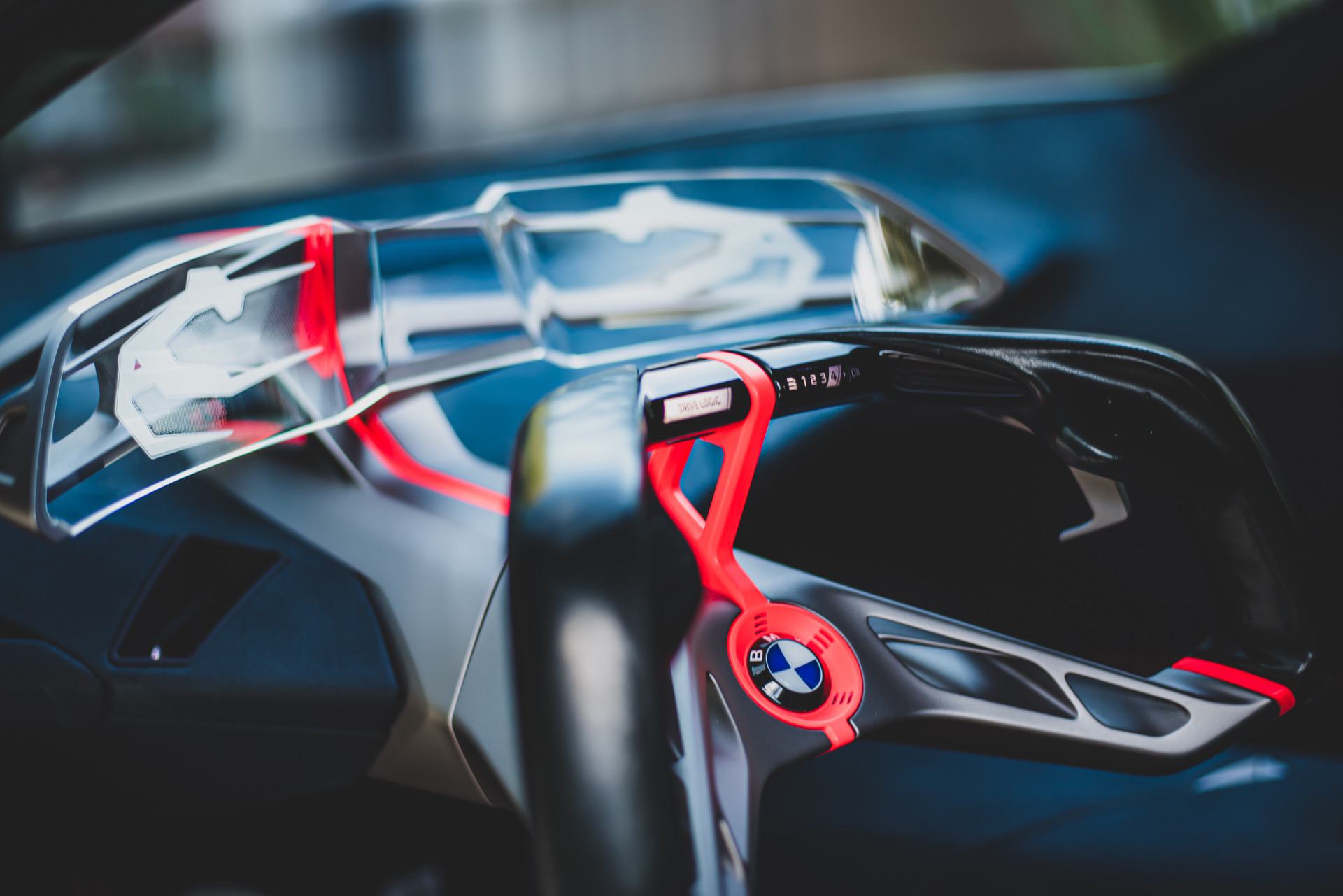 That stunning body work gets carbon fiber everywhere, with some of it exposed and some of it painted. The two-tone paint job of Cast Silver metallic and Thrilling Orange make for one striking supercar. One of the really cool bits about this car is its Kidney Grille design. For starters, they’re relatively small by modern BMW standards. But being a plug-in hybrid, those grilles aren’t real. Instead, they’re closed off by a transparent panel that’s laser etched and backlit to make it look as if it’s floating inside.

Now, all you have to do is click below for some exquisite photos and stay tuned for more news on this special project.