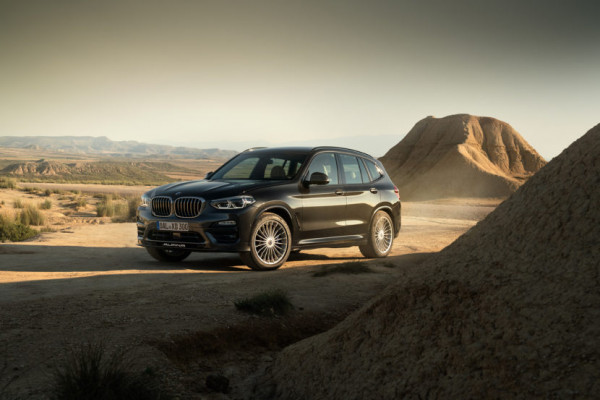 America has been getting little wins lately, when it comes to special cars being offered here. However, Europe is still the king of cool diesels, unfortunately for us ‘Mericans. The BMW X3 M40d is one of those cool diesels that only Europe gets and it makes a lot of sense for enthusiasts with families. If offers speed, comfort, handling dynamics, practicality and, most importantly, better fuel economy than its petrol-powered sibling. However, not only does Europe get the X3 M40d, it gets its even sexier cousin – the ALPINA XD3.

The ALPINA XD3 and the BMW X3 M40d are similar cars on paper. But while the differences ALPINA brings might seem subtle at first, their cumulative effect creates a more impressive, exciting and special product. As Auto Express recently found out.

On the outside, it gets a new front splitter, a different rear bumper with quad exhaust pipes that stick out from it and, of course, the typical ALPINA wheels. That’s not a long list of exterior upgrades but they do make it look quite a bit better than the standard car.

Power has been slightly tweaked for ALPINA duty, to make 328 hp and 516 lb-ft of torque, but its performance is about the same – 4.9 seconds to 60 mph. However, ti’s the way the ALPINA XD3 delivers its power and performance that’s different; it’s smoother, silkier and comfortable, while being every bit as sure-footed as its M Performance sibling.

The ALPINA is also more luxurious and special inside. Its leather, which covers seemingly everything, is softer to touch and it feels better than the hide in the M40d. It also gets a few plaques that bear the ALPINA name, reminding its occupants that it’s not just an ordinary BMW product.

To start, the ALPINA XD3 is just a bit more money than the BMW X3 M40d and it’s extra specialness seems to be worth the money. Admittedly, options can quickly make the ALPINA significantly more expensive than the X3 but the same can likely be said about the X3 as well. So it seems, prices being similar, the ALPINA is the more special, more enjoyable overall car to drive.