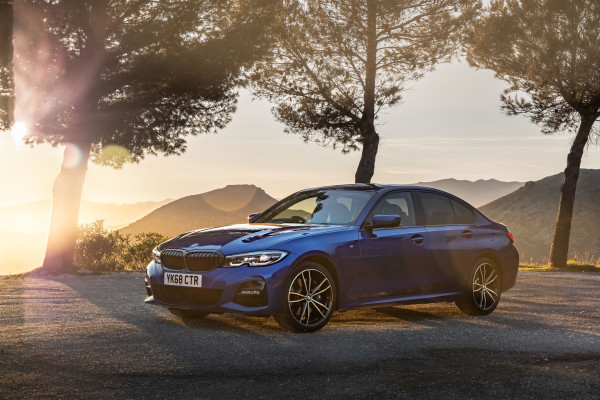 The new 3 Series is with us, but is it a worthy model to join the ranks of one of the best known automotive dynasties? Bob Harper finds out… 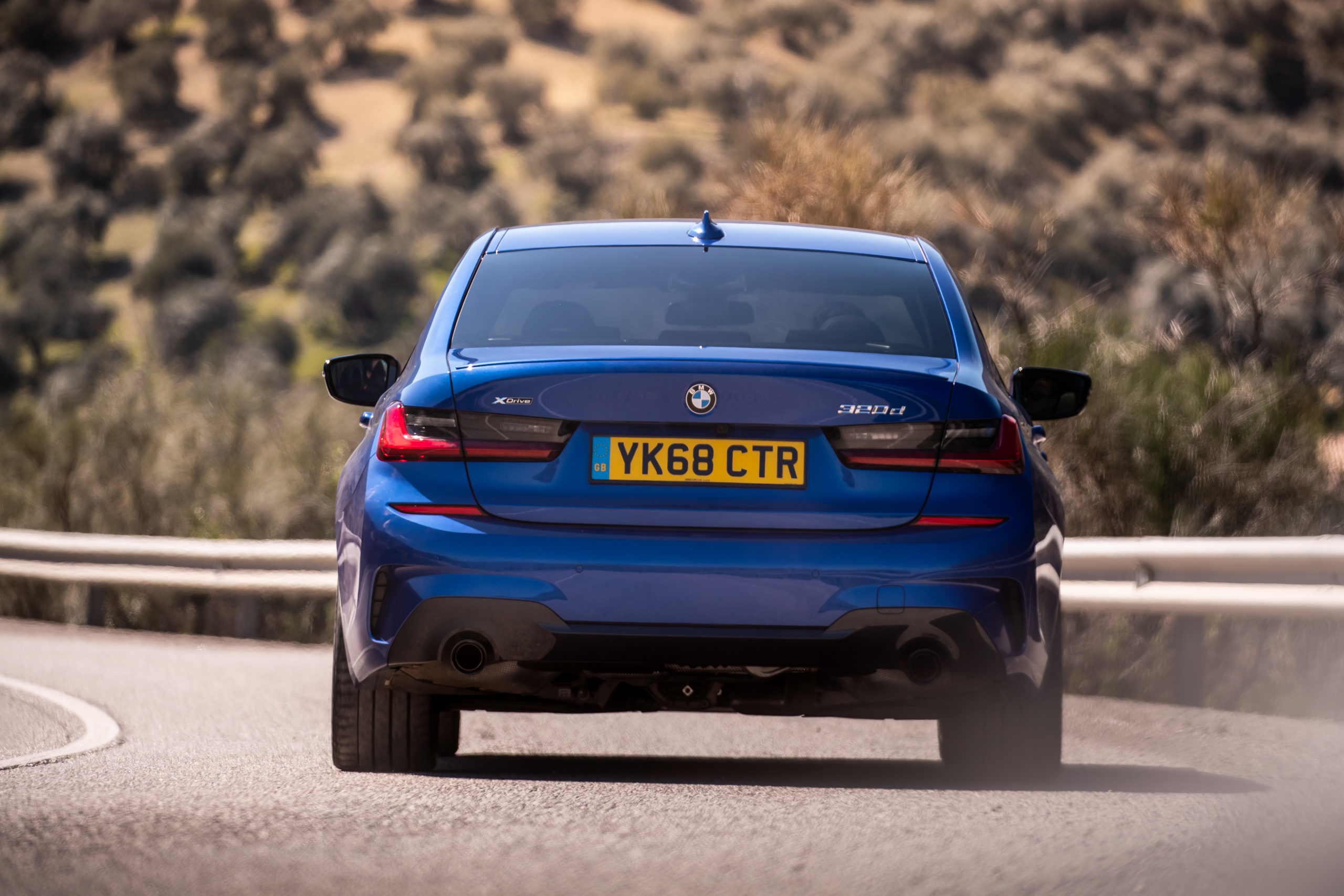 I distinctly remember going on the launch of the F30 generation of 3 Series and thinking that it was all the car you could ever really need. Yes, there were more entertaining cars to drive, yes, there were some that were roomier and yes, there were some that offered a more opulent interior ambiance, but at the 3 Series’ price point and in a family saloon-sized package it was unbeatable. I guess that’s always been the 3 Series’ USP – it’s offered an unbeatable combination of abilities – no matter which generation you’re looking at.

And it’s been phenomenally successful over the years – BMW’s sold over 15 million 3 Series since it made its debut in 1975 and despite the best efforts of Mercedes, Audi and a few others it’s just about always come out on top. But there’s no doubt the opposition is getting better all the time, and by the time the F30 came to the end of its life the new C-Class and A4 did have the BMW beaten in some respects. This new car needs to be good then if it’s to retain its crown.

Models available at launch were the 320d and the 330i, although the only models at BMW UK’s press launch were 320ds in both rear-wheel drive and xDrive all-wheel drive forms. These have now been joined by a 320i, 318d and 330d and in the summer we’ll see the debut of the M Performance M340i xDrive as well as the plug-in hybrid 330e.

BMW’s aim with the new 3 Series has been to ensure it has a class-leading interior, better accommodation and improved refinement while still retaining its crown as the best driver’s car in the class. In terms of the way it looks it’s still instantly recognisable as a 3 Series, and while it’s not the most innovative of designs, to my mind it’s pretty easy on the eye from most angles. The kidneys look a little bulbous perhaps, but at least they’re far more restrained than those on the face-lifted 7 Series. 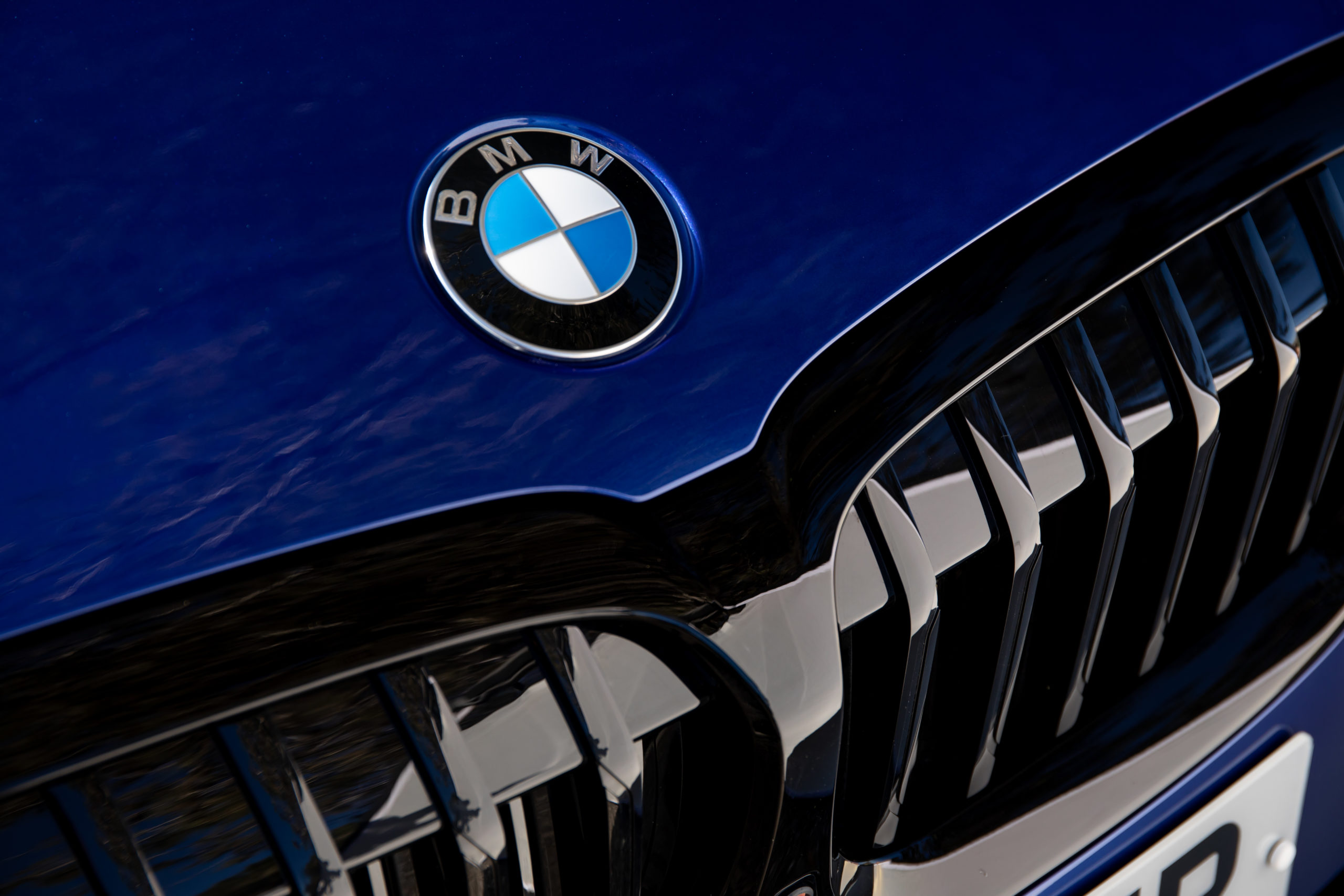 There’s plenty of technology on offer in the car, although as is always the way you’ll need to spec it wisely to make the most of it. Entry-level trim is SE, and this can only be found on the 320i, 318d and 320d. Next up is Sport which can be had on all models, as can the popular M Sport trim level. SEs have 17-inch alloys, adaptive LED headlights, cruise control, three- zone air conditioning, Bluetooth and BMW’s Live Cockpit Plus which includes navigation (with an 8.8-inch central screen). For 650 you can opt for an SE Plus package which adds Vernasca leather, heated seats and a larger fuel tank.

For 1,400 over an SE comes the Sport model with 18-inch alloys, shadowline trim, heated front sports seats in Vernasca leather and mildly reprofiled styling. Shell out an additional 2,900 over the SE and you’ll be sitting in an M Sport with the expected M aero kit, the same seats as the Sport but with different stitching highlights plus BMW’s Live Cockpit Professional with a 12.3-inch central screen and swanky digital instruments.

Slipping inside the cockpit and it’s immediately apparent that BMW has spent plenty of time assuring the new Three has an ambiance that’s as appealing as those in the Audi A4 and Mercedes C-Class. Material quality seems to have taken a step up and there aren’t really any hard plastics to speak of. The central screen feels like it’s more a part of the design rather than simply being plonked atop of the dash and under it all the buttons are related to heating and ventilation. Below that there are the familiar eight favourite buttons while all other controls are either sited on the steering wheel or clustered around the gearlever.

Everything works well, although the new style buttons surrounding the iDrive feel slightly less intuitive than they were before. The test cars we sampled were all M Sports so we didn’t have a chance to see how the standard instruments look, but from images I’ve seen I think I might prefer them to the new Live Cockpit Professional items the test cars had. Gone are the classic round dials, replaced by digital items that trace their edges around the edge of the dashpod with the rev counter now operating in an anti-clockwise direction. They’re not as clear as the classic round dials and it’s almost as if their digital red needles were added as an afterthought. This is effectively BMW’s answer to Audi’s Virtual Cockpit and on this first try I’d say the Ingolstadt firm’s offering is better than BMW’s. 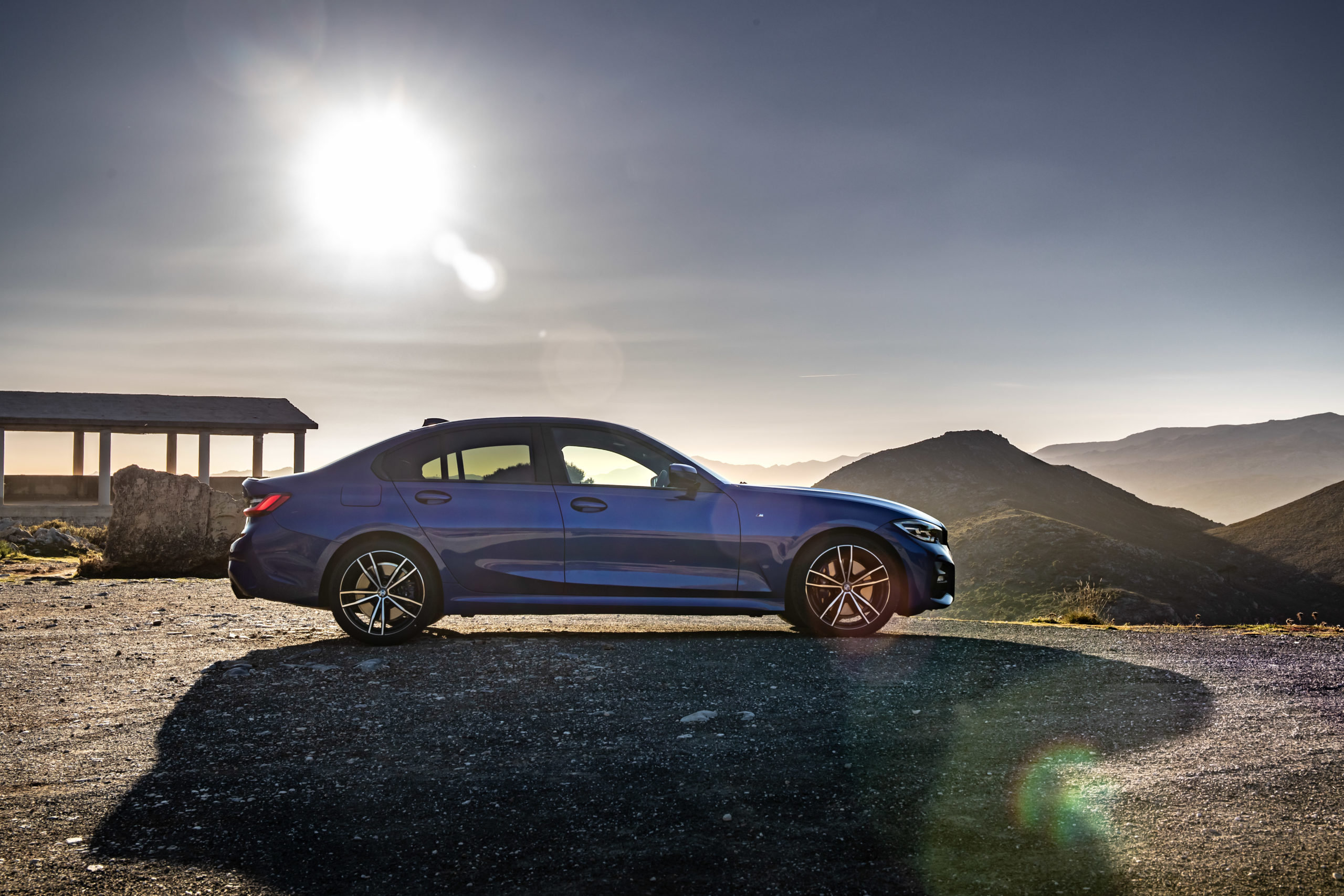 Time will tell whether I keep this impression – new technology is often hard to get one’s head around, and while I’m not a complete Luddite I don’t like change for the sake of change! The other new item that comes as standard on all 3 Series is the Intelligent Personal Assistant where you can talk to the car by uttering the phrase ‘Hey BMW’. I’m not a Siri or Amazon Alexa person so perhaps I’m not really the target audience and quite frankly if I want to adjust the cabin temperature or change the track on the stereo I’m more than happy to press a button. If you’ve joined the modern world you may well enjoy having your own personal assistant in the car!

Mechanically the 320d uses the B47 2.0-litre diesel that’s good for 190hp and 295lb ft of torque. 0-62mph takes 7.1 seconds for the manual and 6.8 seconds for the auto (xDrive is auto only and takes 6.9 seconds) and both our test cars were equipped with the eight-speed ZF automatic. Economy is in the low 50s which under the new WLTP test regime is pretty good. It seems quieter on the move too thanks to improved sound deadening, and in terms of refinement the new G20 3 Series does really seem to have taken a step forward.

We tried cars on   quipped with both the standard M Sport and M Adaptive dampers and while the switchable versions did allow you to soften or harden the ride, the standard set up seemed to offer an excellent compromise. I should imagine an SE or Sport model with non-M Sport suspension would be exceptional, especially as they use BMW’s new lift-related dampers which act differently whether the car is fully- or un-laden.

Not only is the ride pretty decent, the 3 Series still has that level of driver appeal to keep it ahead of the chasing pack. The rear-wheel drive version we sampled did seem to have the edge over the xDrive, feeling ever so slightly more involving to steer down a challenging road. In either model though very rapid progress can be made cross country and it’s easy to forget you’re actually driving a compact executive saloon not a sports car.

Another winner for BMW then? It’s more refined, packed full of the latest technology that seems to woo buyers these days and is a good steer to boot. The F30 was an excellent car, the G20 is even better. 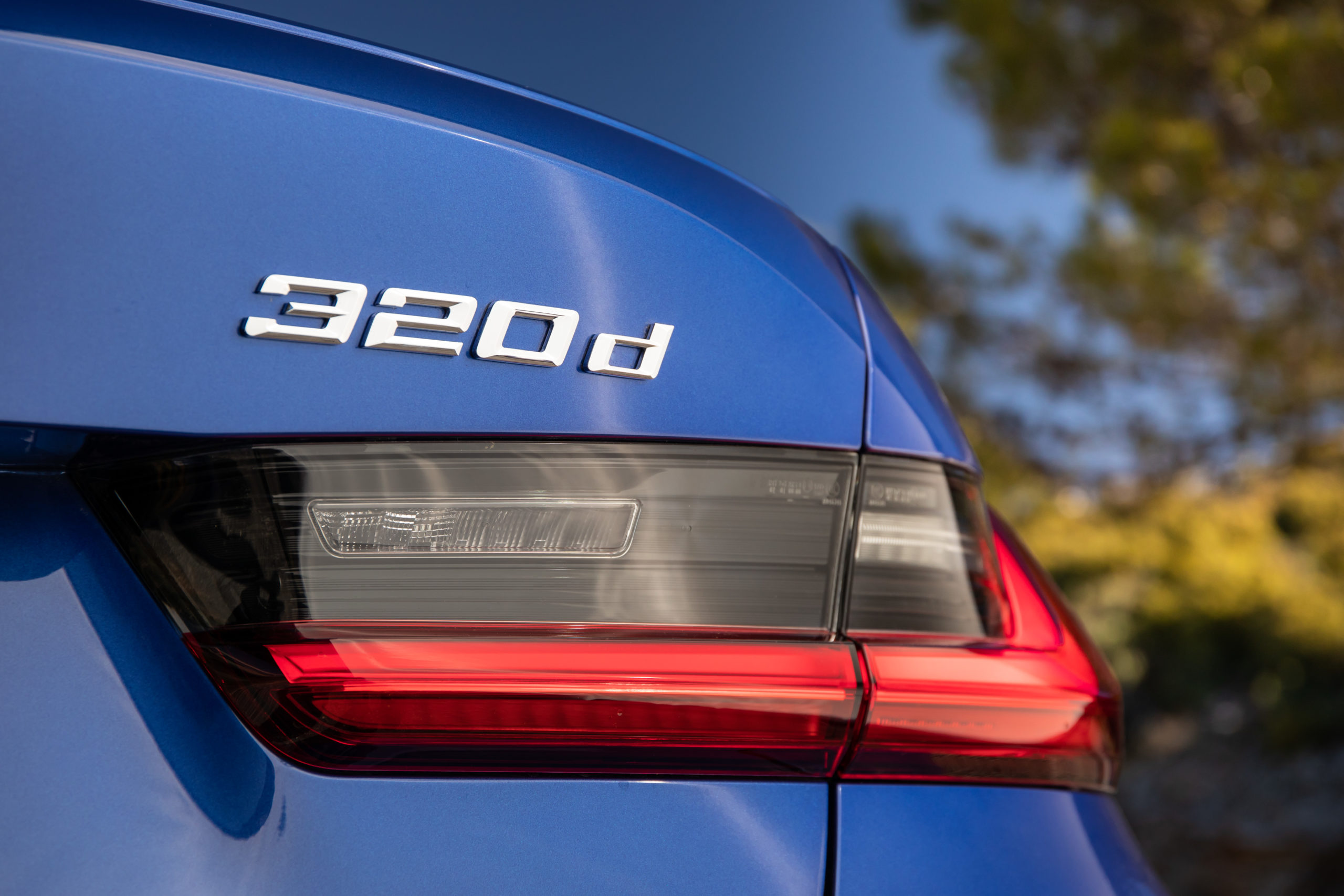 Figures are for auto models as per test car spec