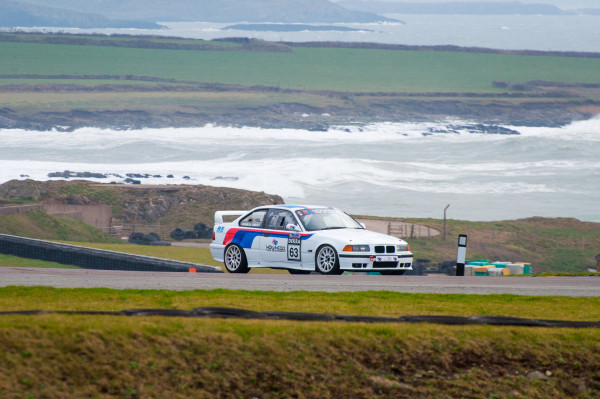 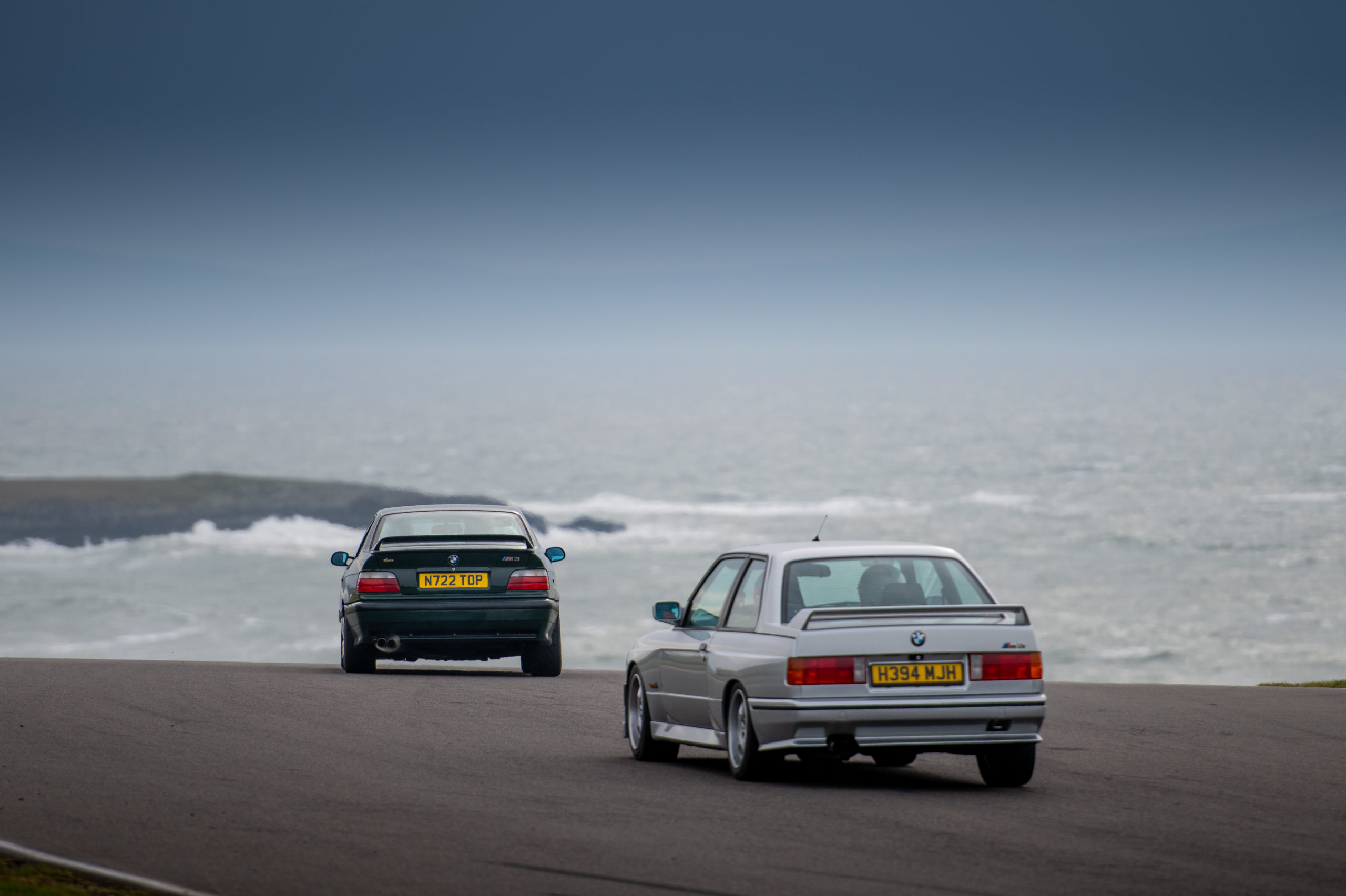 Anglesey Circuit was always one of those tracks that captivated me like few others ever could. From watching the timed shootouts on Fifth Gear, to seeing clips of Chris Harris doing vicious skids around the arcing corners, I knew that Anglesey had a firm place on my automotive bucket list.

It’s not just the track layout that impresses, however; with its undulations, long straights and fast corners it has the ability to put real pressure on a car. It’s everything around the circuit as well that makes Anglesey one of the UK’s finest tracks. 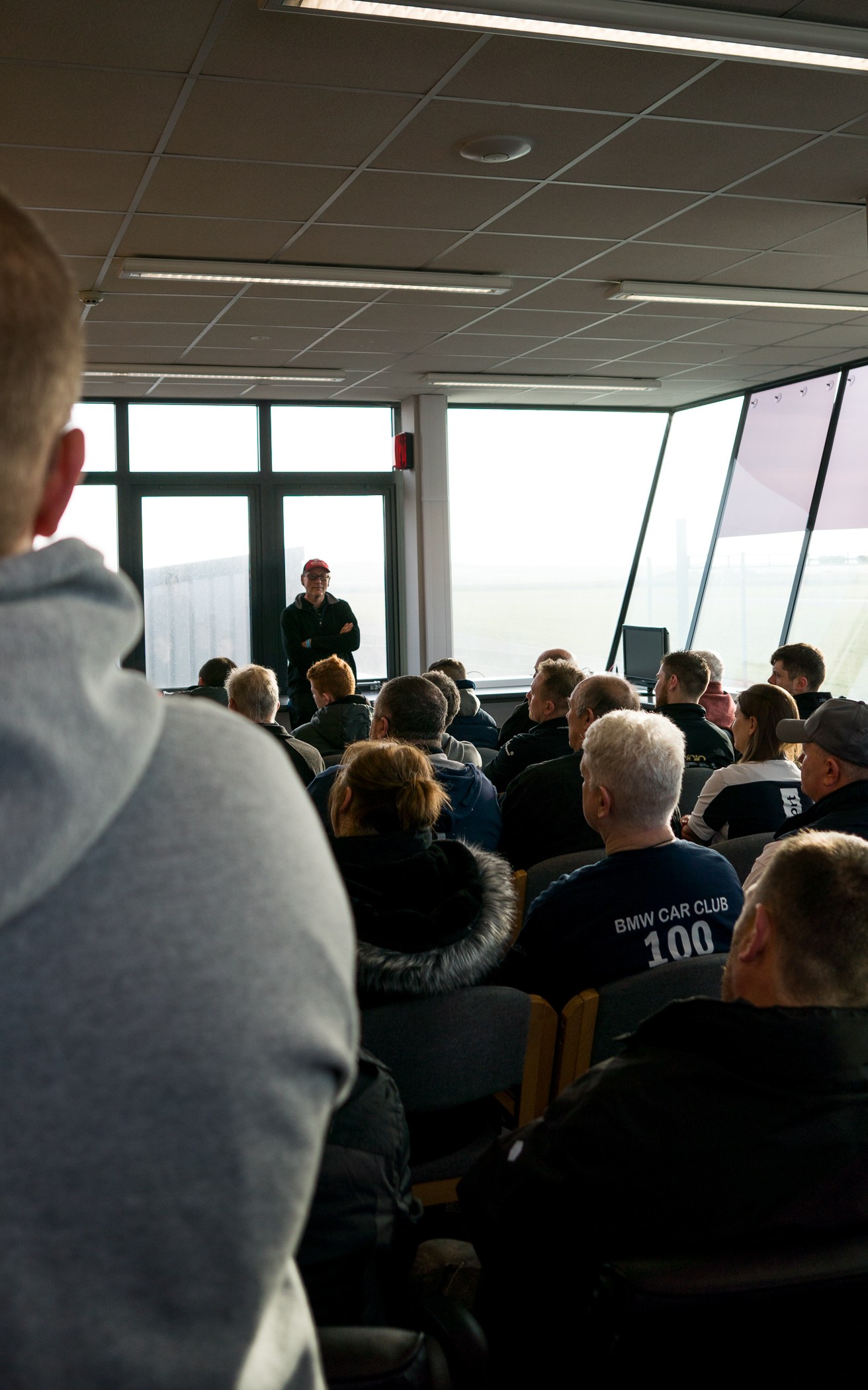 The track is no different, in principle, to the majority of other UK racing circuits – built on an airfield, near an old military base. Silverstone, Goodwood, Elvington and many more, even Bicester Heritage are all built on old air bases – they’re the only place with enough run-off areas and open spaces big enough to allow a car and driver to safely explore the limits of adhesion.

But it’s on the topic of runoff – moreover what happens after the runoff area limits – that help to build the charm of ‘Trac Mon’ on Anglesey Island. Since Anglesey is a small island, space is at a premium, and as the airfield used to house both the British Army and RAF the track has the most breath-taking aesthetic of all of the UK circuits, because it’s on the edge of a cliff.

Obviously there is no risk of going over in a car, but there’s just something about being right on the cliff edge in a car that makes it ever more exciting. Couple this with the fact that on a clear day you can see the Snowdonia mountains on the mainland, over the Irish Sea. You can start to understand why I said sod the journey time and packed my bags.

That said, it’s really not an easy place to get to. Coming from Birmingham on the morning of the track day, even with a 5.30am departure I just about made it in time for the 9am drivers’ briefing. Happily the roads around Anglesey are conducive to ‘swift’ progress, and the views when you arrive justify all the effort. I’d idealised the view so much beforehand that when I caught my first glimpse of those silhouetted mountains I knew I was in for something special.

One of the things we are so lucky to receive in the Club is the opportunity to do things we wouldn’t have otherwise done. The experiences that come with Club membership are fantastic, and you just reach out and grab them. I wasn’t there to drive on the track, unfortunately (although hopefully next year!), but I was there to watch the action, and capture the human element of the track day.

With the aim of snapping the pit lane, paddock and on-track action from a ‘newbie’ perspective, I was keen to capture everyone enjoying the day, the sense of speed, and members enjoying their cars. Any interaction between driver and machine was made all the more poignant with the weather-beaten and ever-changing background. 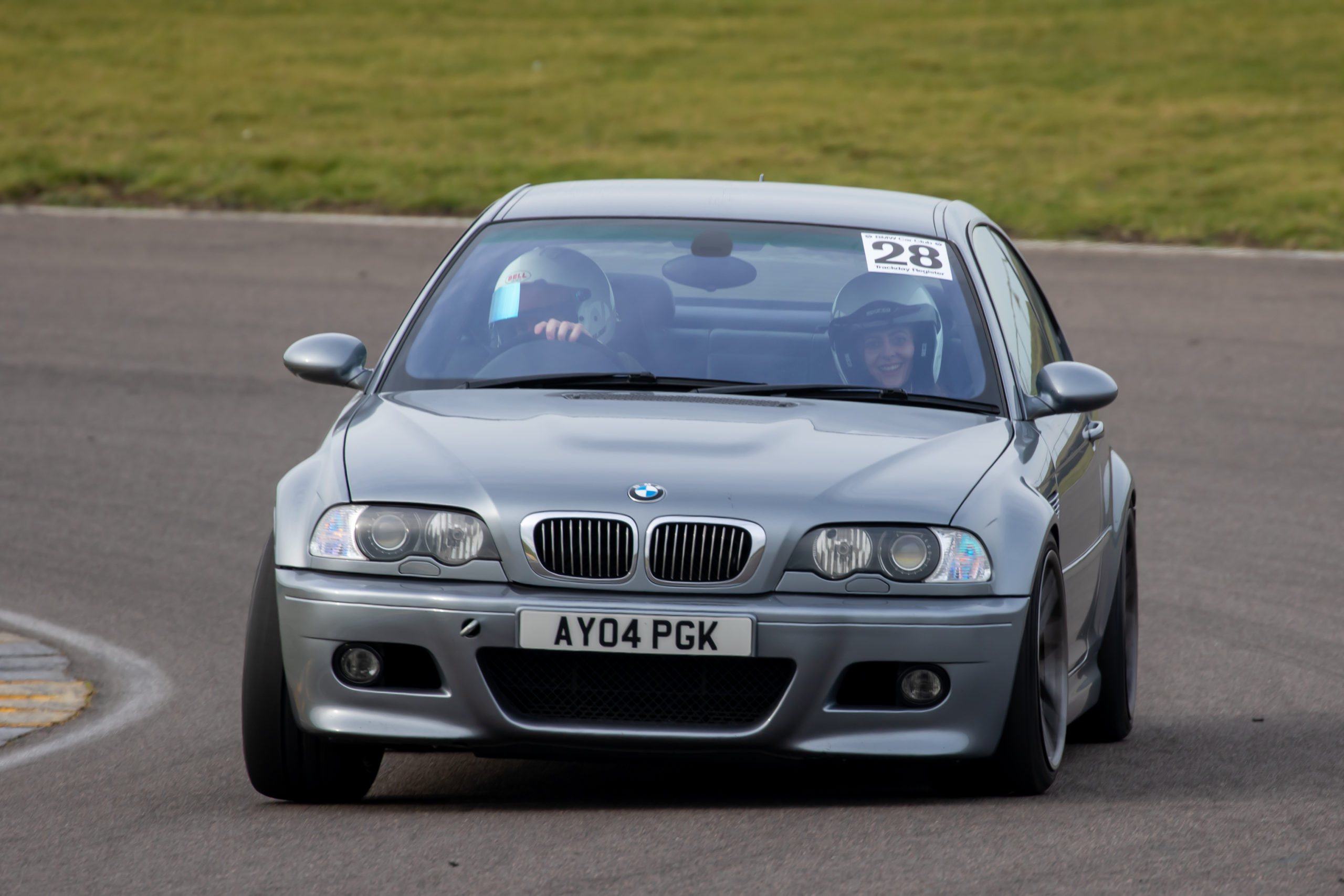 Better than any coffee has to be the sound of six angry cylinders being belted around a track; it’s the best pick-me-up bar none. Joining us on the track day were a number of Club BMWs but also several Porsches and a couple of MINI Challenge cars, which made the best whooshing and whirring noises under load as they flew past, and then machine gunning angrily as they slowed for the corners.

Sonically, it was one of the best sounding track days I’ve been to for a while; no one was too loud, and the noises coming past the pit wall were pure motorsport and pure enjoyment.

Anglesey was just as impactful as I had hoped it would have been, the scenery and the wind took my breath away and even my phone at one point. No, seriously.

The proximity to the ocean is really quite astounding at some points on the track, to the point that I’m amazed a millennial committee approved it. Nevertheless, I’m very glad it is. It all just adds to the visual weight of the place when you see five or six cars barrelling into the same corner, with the sea behind and waves crashing. There’s a lot going on, and it all looks great.

The changes in elevation belie any photos you might have seen, and the feeling of being at the top of the hill looking down at the rest of the track, or the cars panning along the cliff edge, is really quite special and something every petrol head should experience at some point. Combine the great views with a friendly paddock that’s full of excited drivers and it just cements the Club track days as some of the best benefits we get. If you’ve not been to one, even to watch, then you’re missing out. 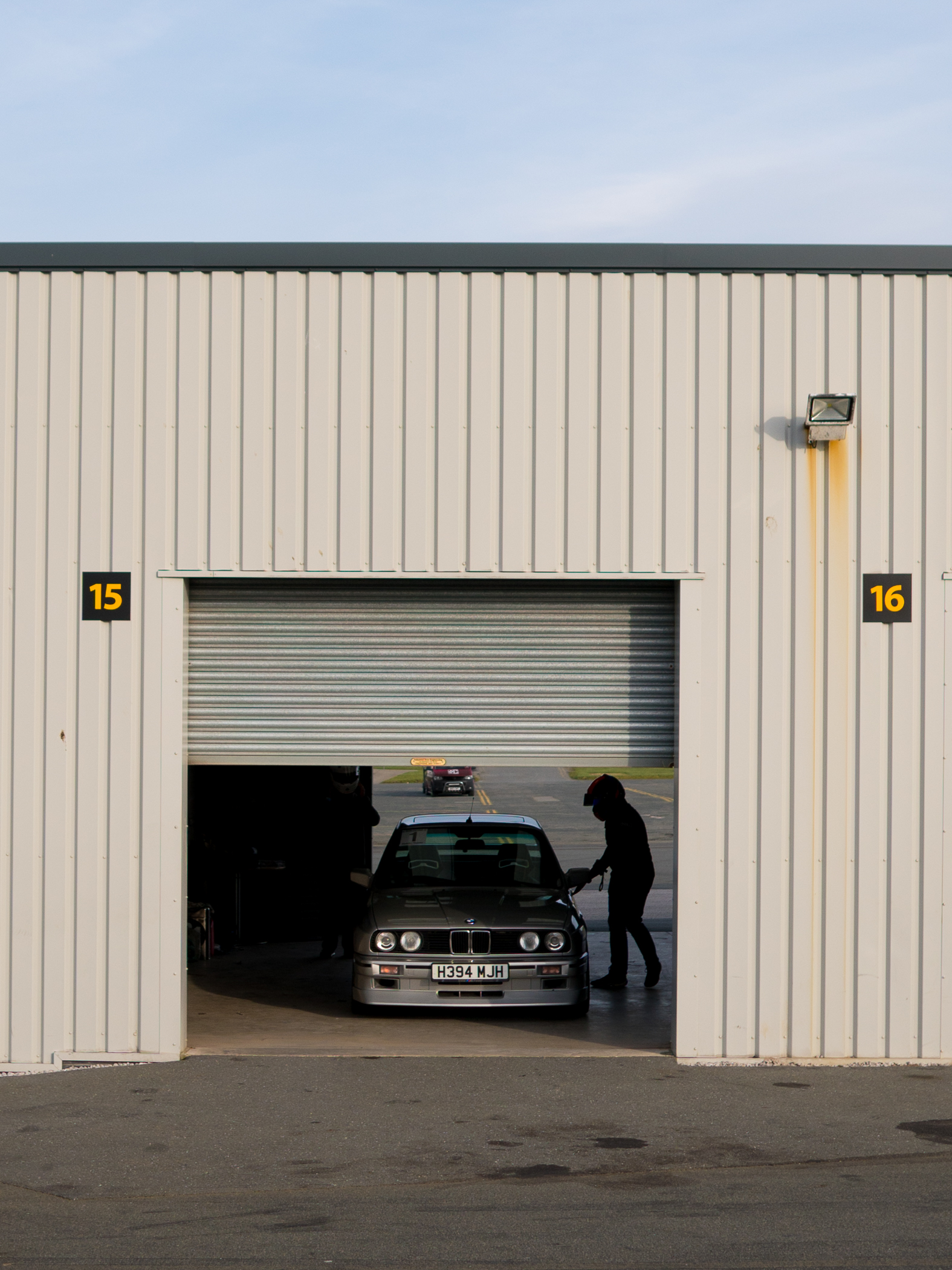 Not long into the afternoon session using the shorter Coastal Circuit, and down came the rain, causing the cars making their way down the downhill ‘Corkscrew’ corners (similar to that at Laguna Seca in California) to turn a little more delicately. Those who had brought wet weather tyres with them rushed in to make the quick swap from their stickies, while others waited the shower out in the pits, which was where I saw the human side of the track day.

With cars sitting waiting in the pits and drivers chatting to one another, waiting for the rain to pass, it was pretty warming to see everyone on the same page and enjoying their shared interest. I had a blast at my first Club track day, and will hopefully get to experience many more yet. I must say a massive thank you to Neil and the BMW Car Club Racing team who put on an amazing event and kicked off the year in some serious style.

The next track day for members is at Cadwell Park on 23rd April; tickets are still available through the Club shop online, so if you’re interested then make sure you book as soon as possible. We will see you at the track! 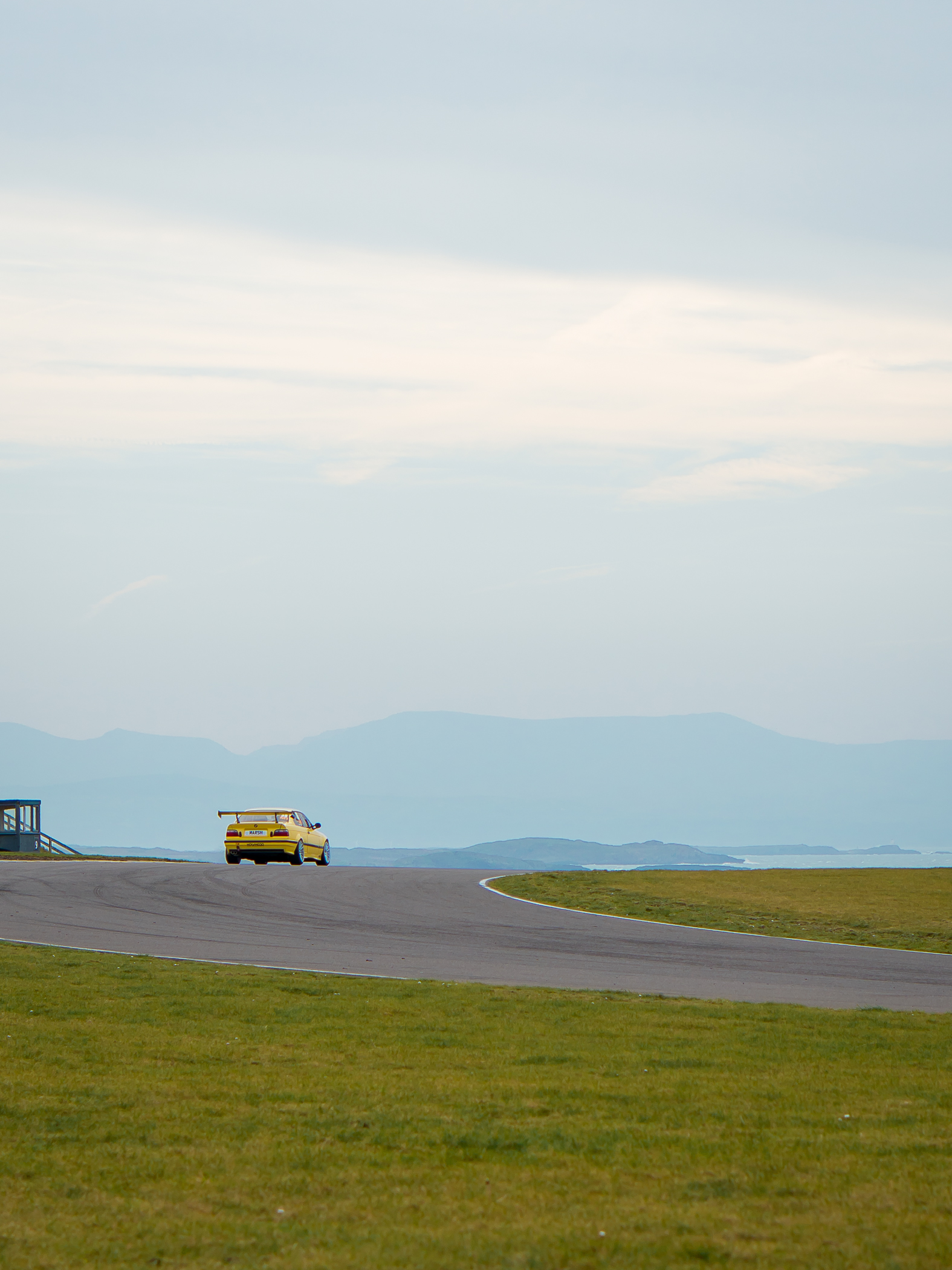