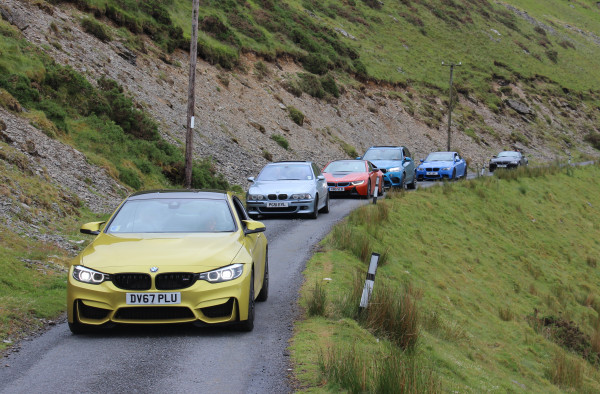 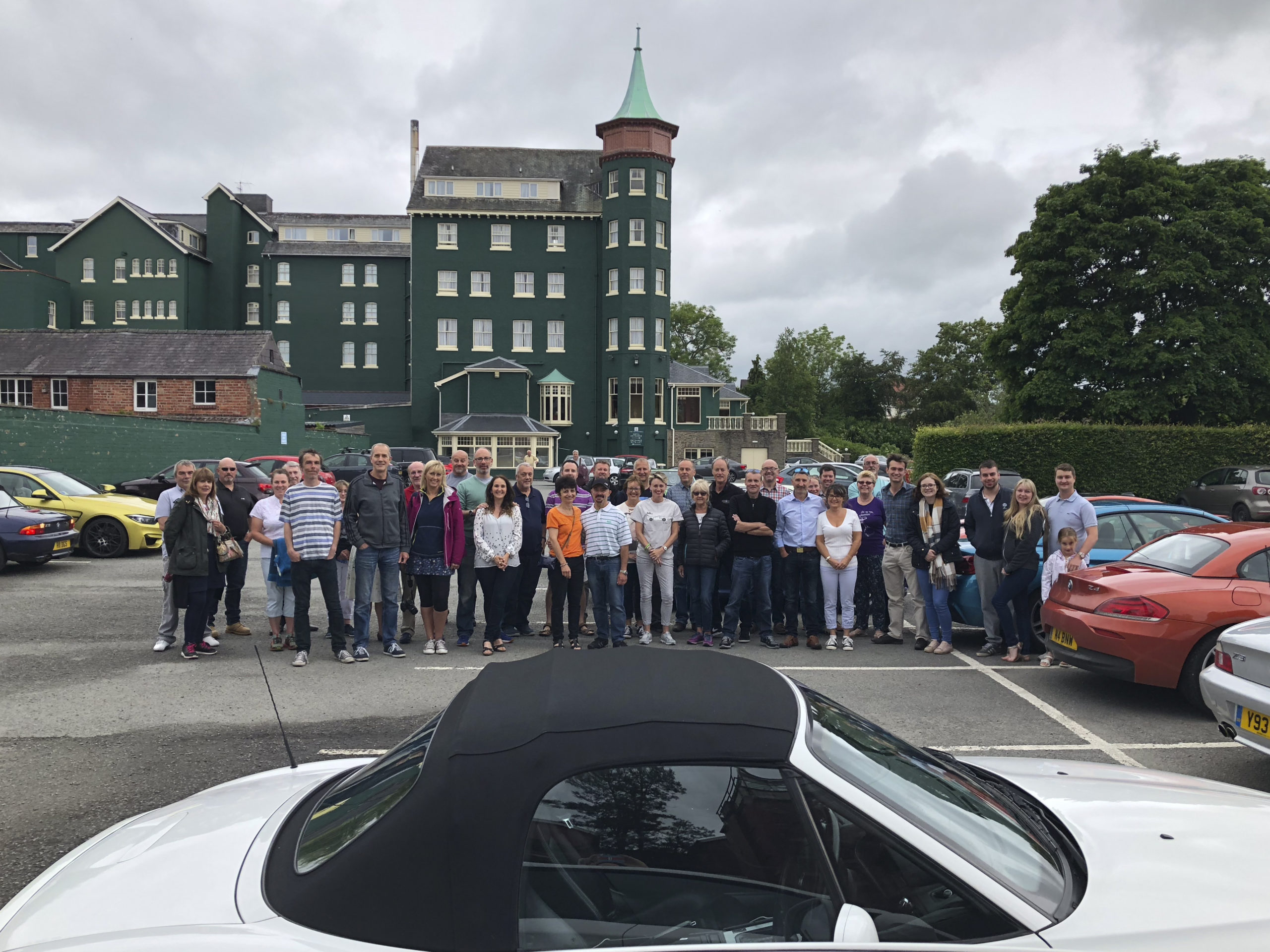 The BMW Welsh Weekend welcomed a record turnout for our fourth weekend as 41 BMWs arrived at The Metropole Hotel and Spa on 15th June. I always enjoy the arrival as members park in the reserved spaces and spend the late afternoon admiring cars before retiring to our Spencers Bar for a drink and then dinner.

It is fair to say that the forecast weather, given our current Mediterranean like summer, could have been more positive, but in actual fact the majority of the weekend remained dry and open air motoring was the order of the day for the many convertibles with us for the weekend. The most common car we had on tour was the E89 Z4 of which we had five, including mine. The oldest was a splendid 2002 Tii belonging to Les and Wendy Bush which cut a majestic sight on the mountainous roads of Mid Wales. There were 14 M Cars, from right across the range in both age and type, and our first i8, courtesy of regular attendees Stephen and Ali Byles.

The main run for the weekend was a trip from The Metropole to the beautiful Lake Vyrnwy Hotel and back. The route took a figure of eight with us crossing our tracks briefly in Machynlleth. With over 40 cars there was no way that the route could be run in convoy, so small groups departed from the hotel after breakfast with various meeting points arranged along the route that was provided to all both digitally and in paper format. The route included a fabulous costal run into Aberdyfi and along the Cardigan Bay coast to Dolgellau and two mountain stages. As in recent years members dipped in and out of the planned route depending on how far they wished to drive and what sort of roads. The organised route took us over 190 miles of the best roads Wales has to offer, although a simple drive to Lake Vyrnwy and back to The Metropole is 100 miles. During the morning a group of around 10 cars I was leading, caught up with Chairman Steve Haslam and his wife Jane in his Z3 1.8 as they drove onto the mountain road at Dinas Mawddwy. While they might have been dawdling along for us to catch them, once Steve saw us in his mirrors no prisoners were taken and we had a fantastic spirited drive behind him up over the mountain into Lake Vyrnwy. The roads were narrow and twisty but it is amazing what fun you can have and never break a speed limit. As always Lake Vyrnwy Hotel did not let us down with a good soup and sandwich lunch and great views across the lake.

Judy and I welcomed members for pre-dinner drinks in our ballroom at The Metropole and naturally the Saturday evening had much conversation about an enjoyable day’s motoring. Steve Haslam said a few very kind words about the weekend and the hospitality provided and gave a very amusing account of his drive over to Lake Vyrnwy and how Jane had enjoyed it, or not….

We departed from the hotel on Sunday with about 20 cars for a run from the Hotel to a great photo opportunity on the army ranges, before heading around to the Elan Valley for a coffee stop followed by a gentle drive around the reservoirs. It was an excellent run, with very little traffic and great, pothole free roads. We are fortunate in Wales how the roads are maintained, long may it continue.

I am delighted that the weekend was so well received by those who attended, many of whom were repeat visitors, and am pleased that the BMW Car Club has agreed to continue to support the weekend. Next year’s will take place over the weekend of Friday 21st/22nd/23rd June. Details to follow in a future issue of Straight Six. 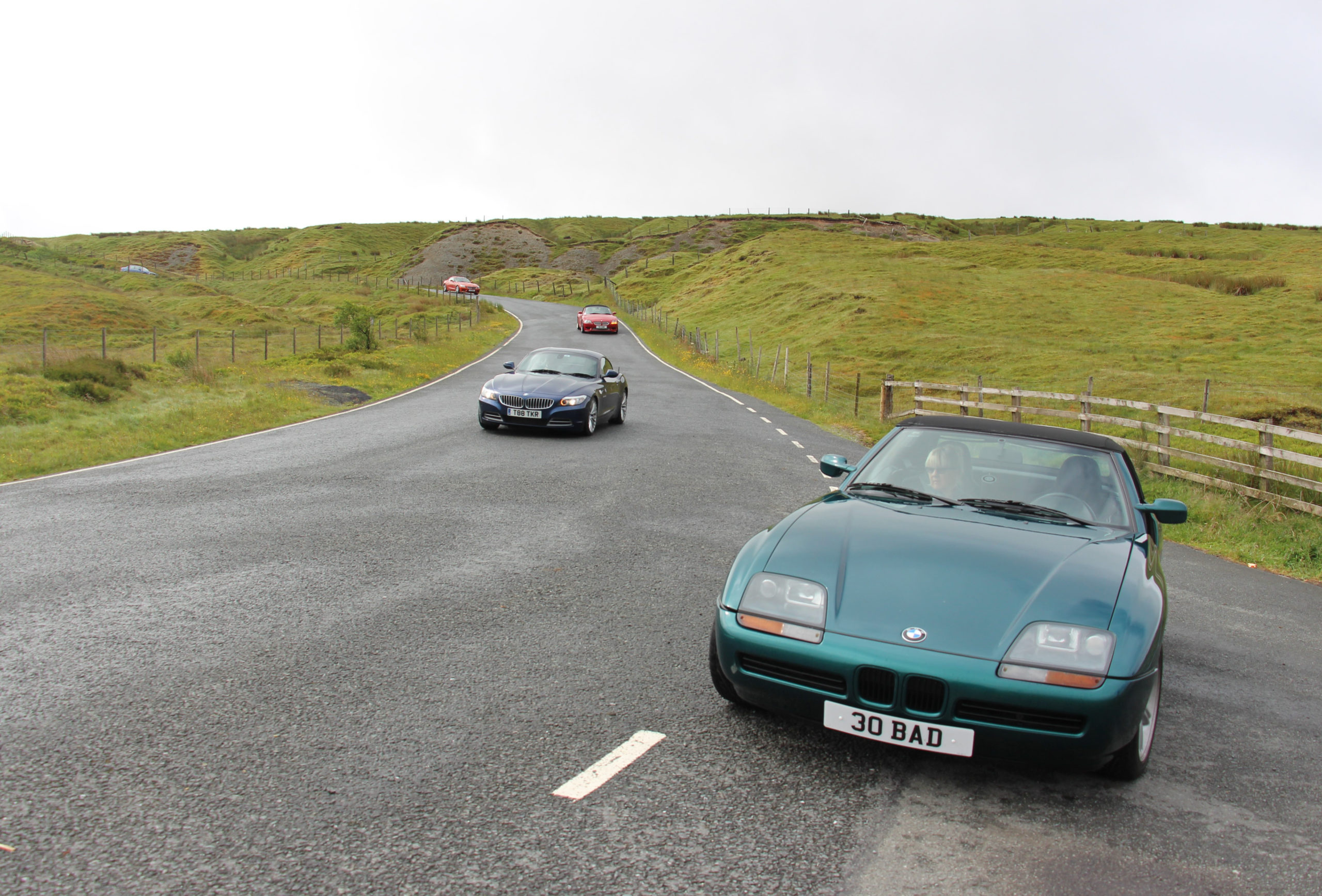