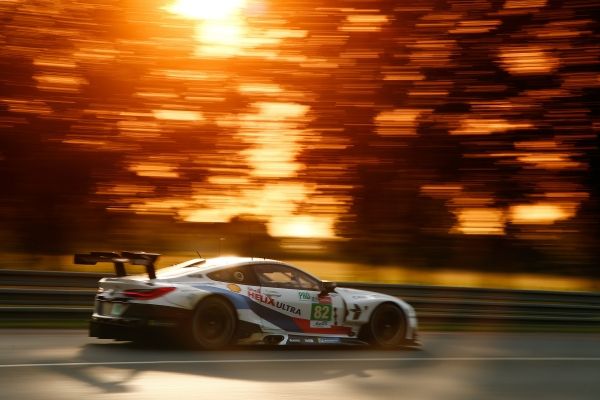 The 2018 edition of the Le Mans 24 Hour marked an important milestone for the BMW brand and its return to global endurance racing. Absent from the grid of the world’s most famous round-the-clock sprint since 2011, the Bavarian brand came back with a blast with the second competitive outing of its new M8 GTE racer, and the global launch of its new 8 Series luxury GT coupe.

In this post, we take stock of the BMW team’s efforts at the famous race and look to some of the highlights of content posted around the internet. 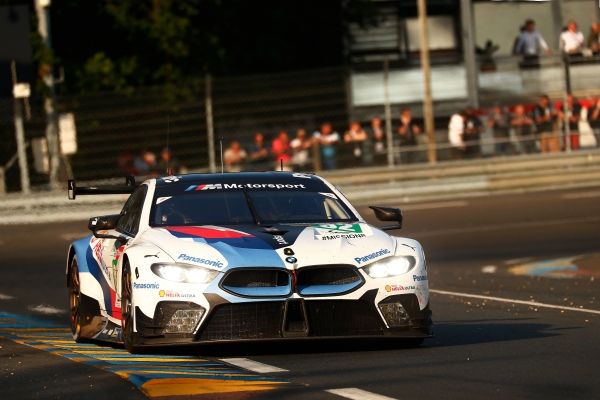 It’s safe to say that the 24hr classic didn’t exactly go to plan for the BMW factory team, and they had a first-hand lesson in the unique demands of this race. The M8 GTEs didn’t struggle for speed, but the cars were both plagued with damper issues that had not been discovered in testing. They started the race from 12th and 13th position and were easily running in the top five in class, but both cars required time-consuming damper changes during the race. The #81 car, driven by Martin Tomczyk, Nicky Catsburg and Philipp Eng, picked up debris and required a radiator change, and finished 11th in class, some 12 laps down on the winning Porsche. The Alexander Sims, Antonio Felix da Costa and Augusto Farfus entry did not finish, retiring on Sunday morning after a crash at the Porsche curves. 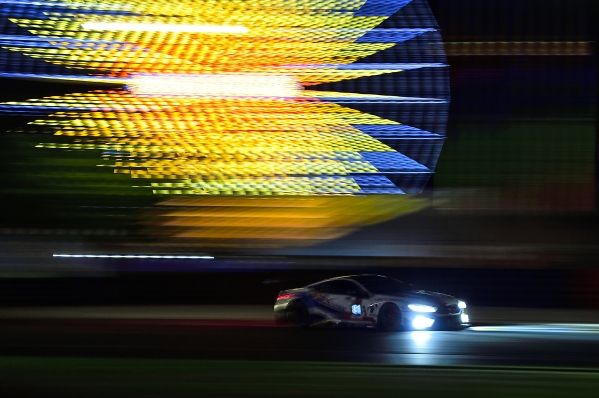 The result wasn’t quite what was needed to take the fight to Porsche on their 70th anniversary, but the fact that the M8 GTE showed good speed throughout the race and was reportedly easy to drive quickly bodes well for the future. It’s easy to sit here and look at mere numbers, but the 24 Hours of Le Mans is a race so tough that even just finishing is an accomplishment.

The BMW Press Office arranged for the team from Petrolicious to attend the race with them, and journalist and photographer Alex Sobran has given an excellent account of the race from both sides of the fence. It’s well worth a read. 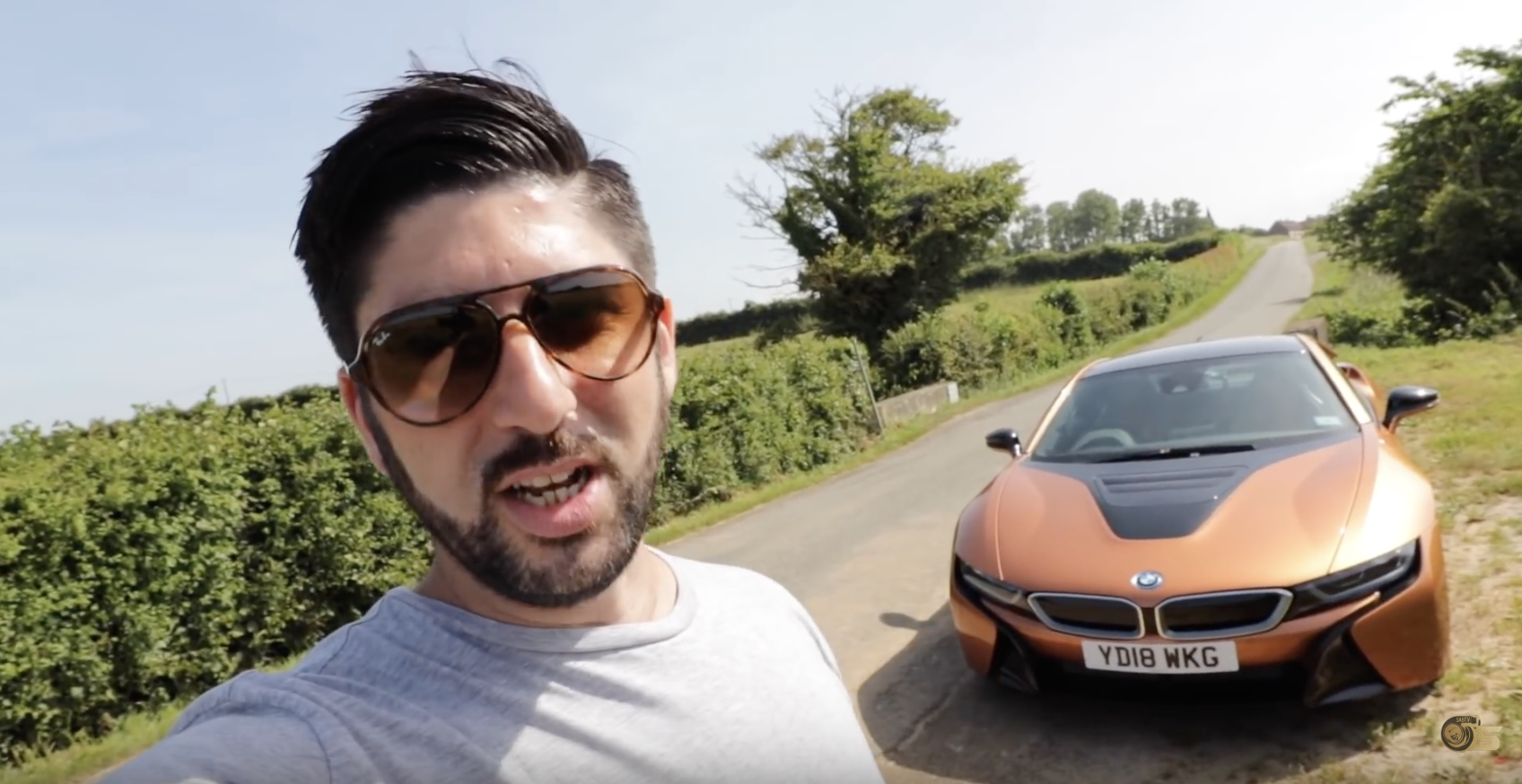 The BMW Press Office also provided several YouTubers with BMW vehicles to make the famous road trip from the UK to France for the race. The road trip pilgrimage is a right of passage for British endurance racing fans, and we are certain that many of our members made the trip as well. Click here to watch the video. 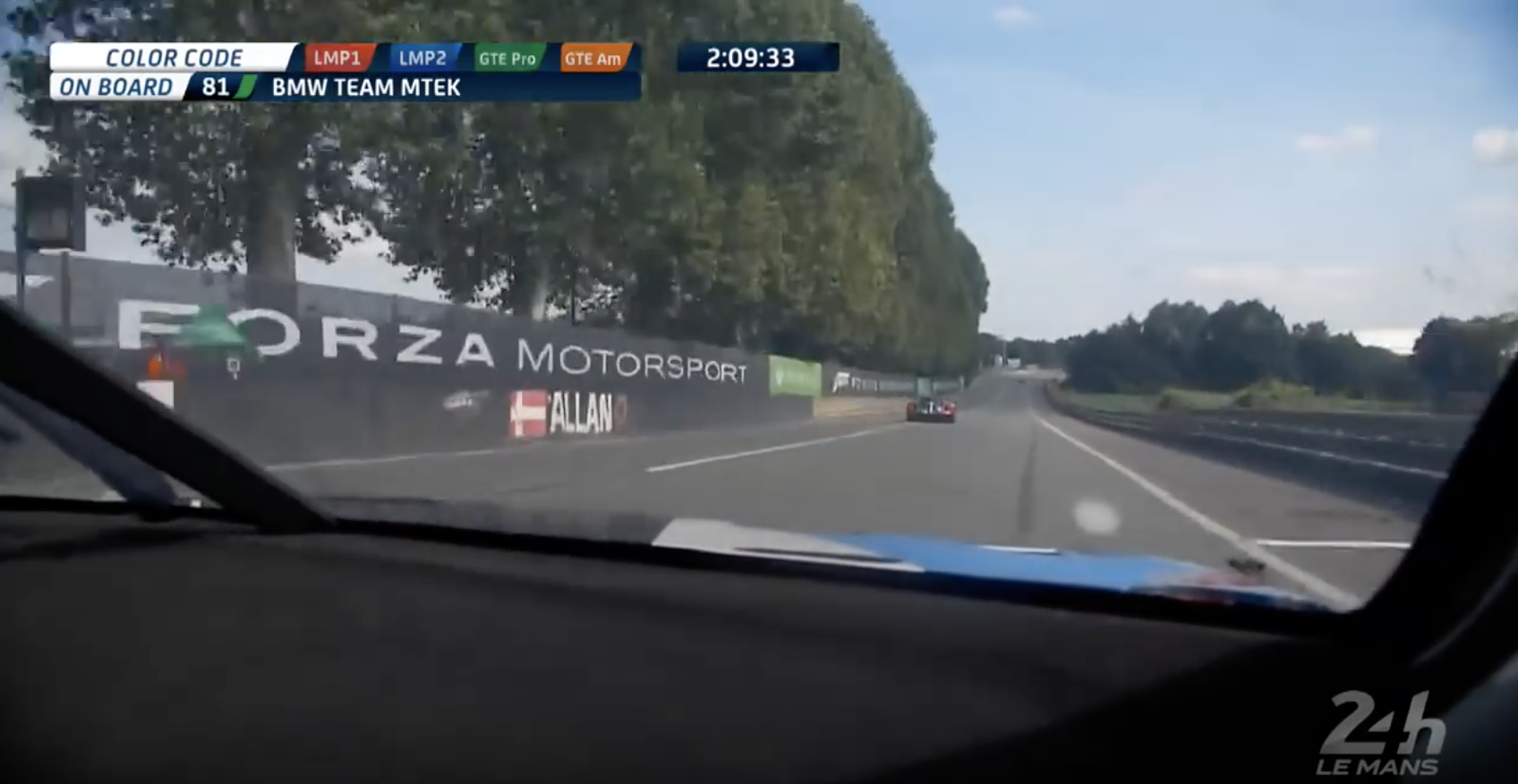 At some point, almost every race fan has wondered what it must be like to ride aboard one of the pro-level GTE cars on a hot lap around the famous La Sarthe circuit. In this clip, we ride on board with the #82 M8 GTE during free practice. Click here to watch. 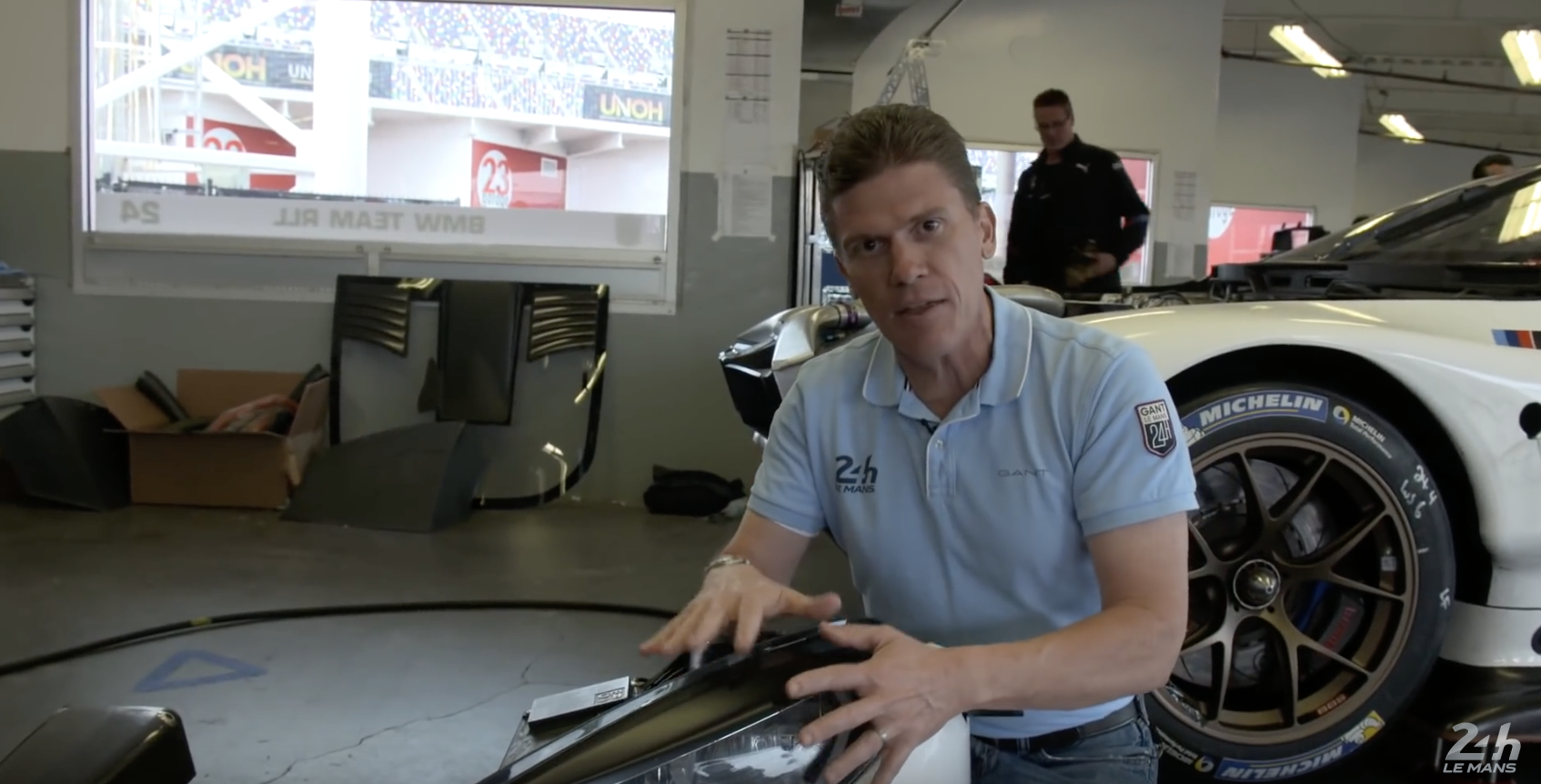 Even forgetting, for one moment, the sheer mechanical challenge of making a racing car last for 24 hours of continued abuse, the cars need to deal with so much more. There are the issues of traffic, for one (the famous clip of Fernando Alonso making his way through the field on his way to outright victory is enough to show the speed differences), then there are the particular issues of racing at night – seeing and being seen. This clip shows us through the high-tech lighting solutions emloyed by BMW Motorsport on the M8 GTE. Click here to watch. 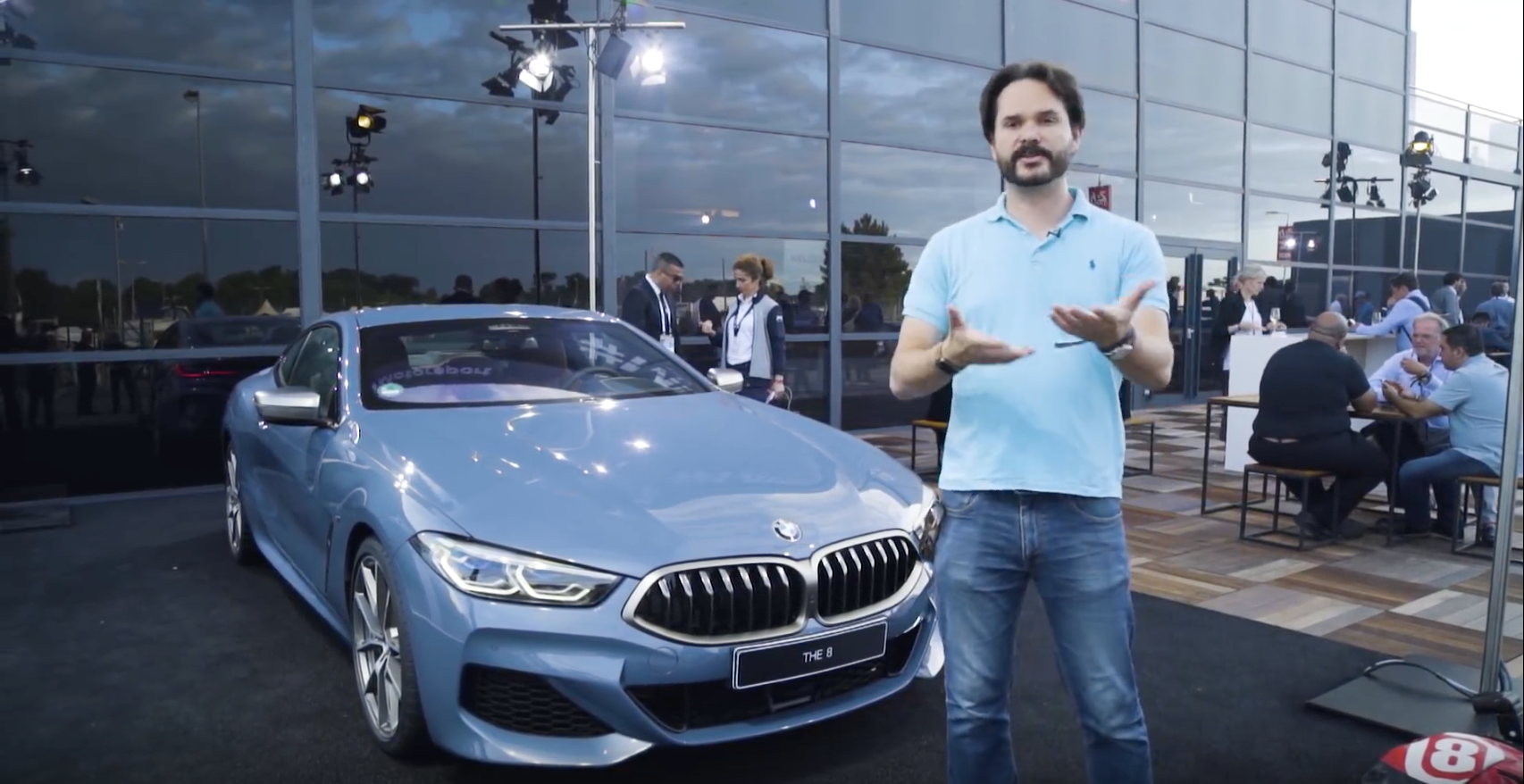 In the madness of fielding two brand new cars in the toughest race on earth, BMW also launched their new 8 Series luxury GT coupe. In this clip, Carfection takes a walkaround of the new M850i, pointing out its exciting new features. We’ll undoubtedly see a drive video in the near future, but this clip alone has us excited for the new model. Click here to watch. 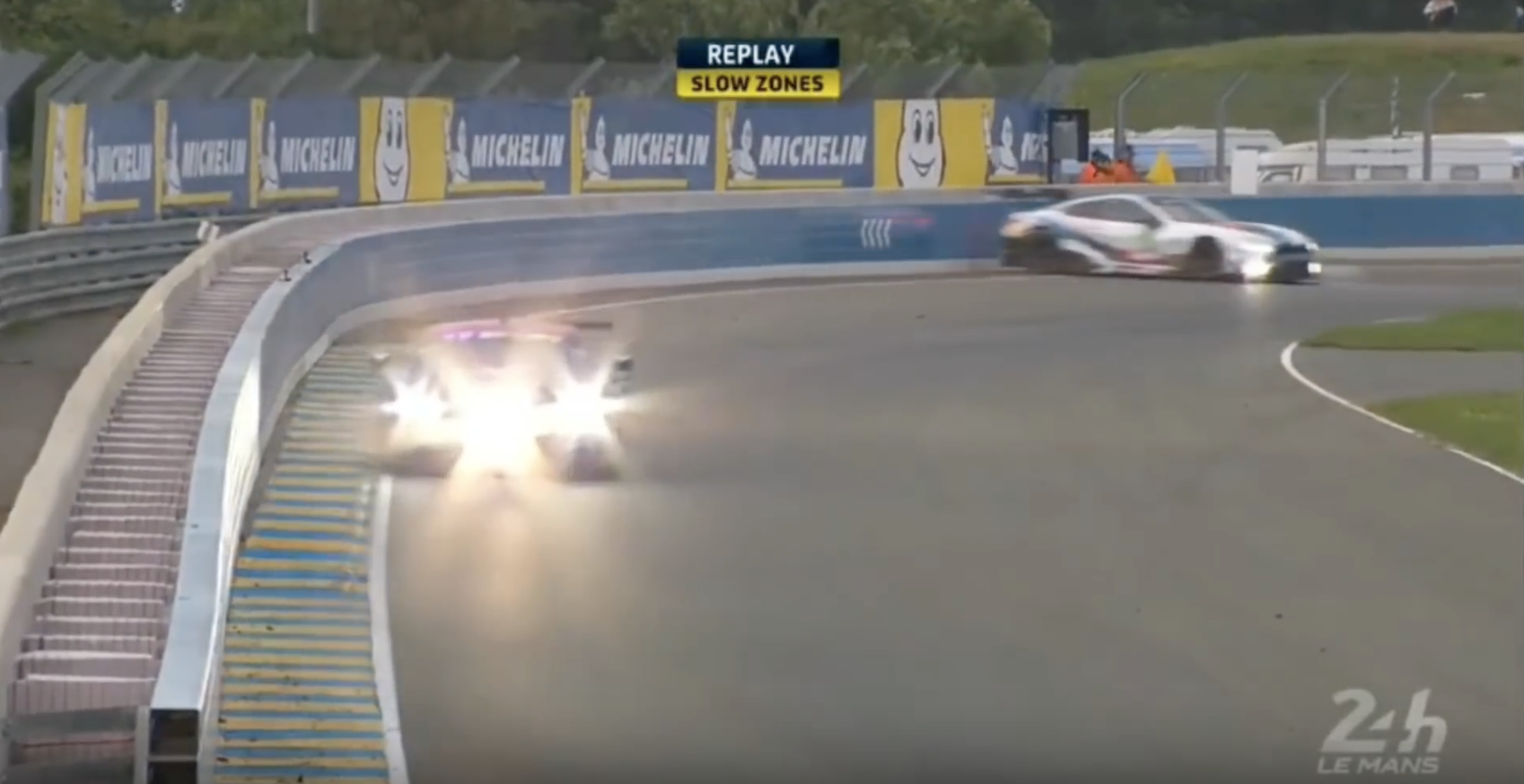 Of course, the race didn’t go quite to plan for the #82 car, and this clip shows the moment at which it makes its seemingly minor contact with the wall at the Porsche Curves. Click here to watch. 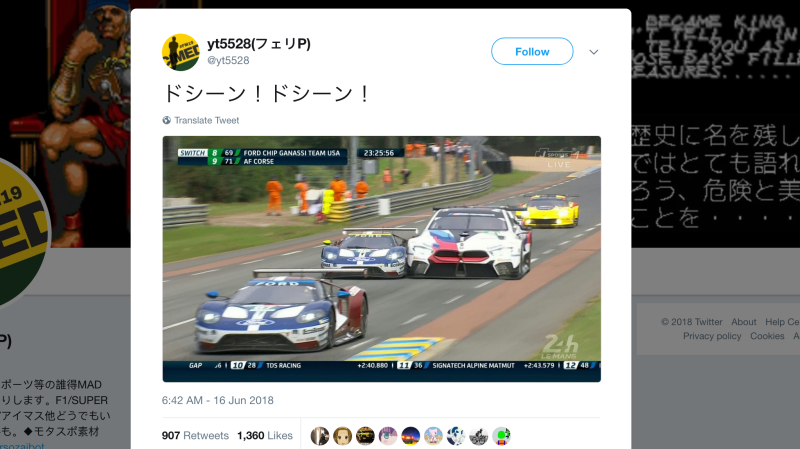 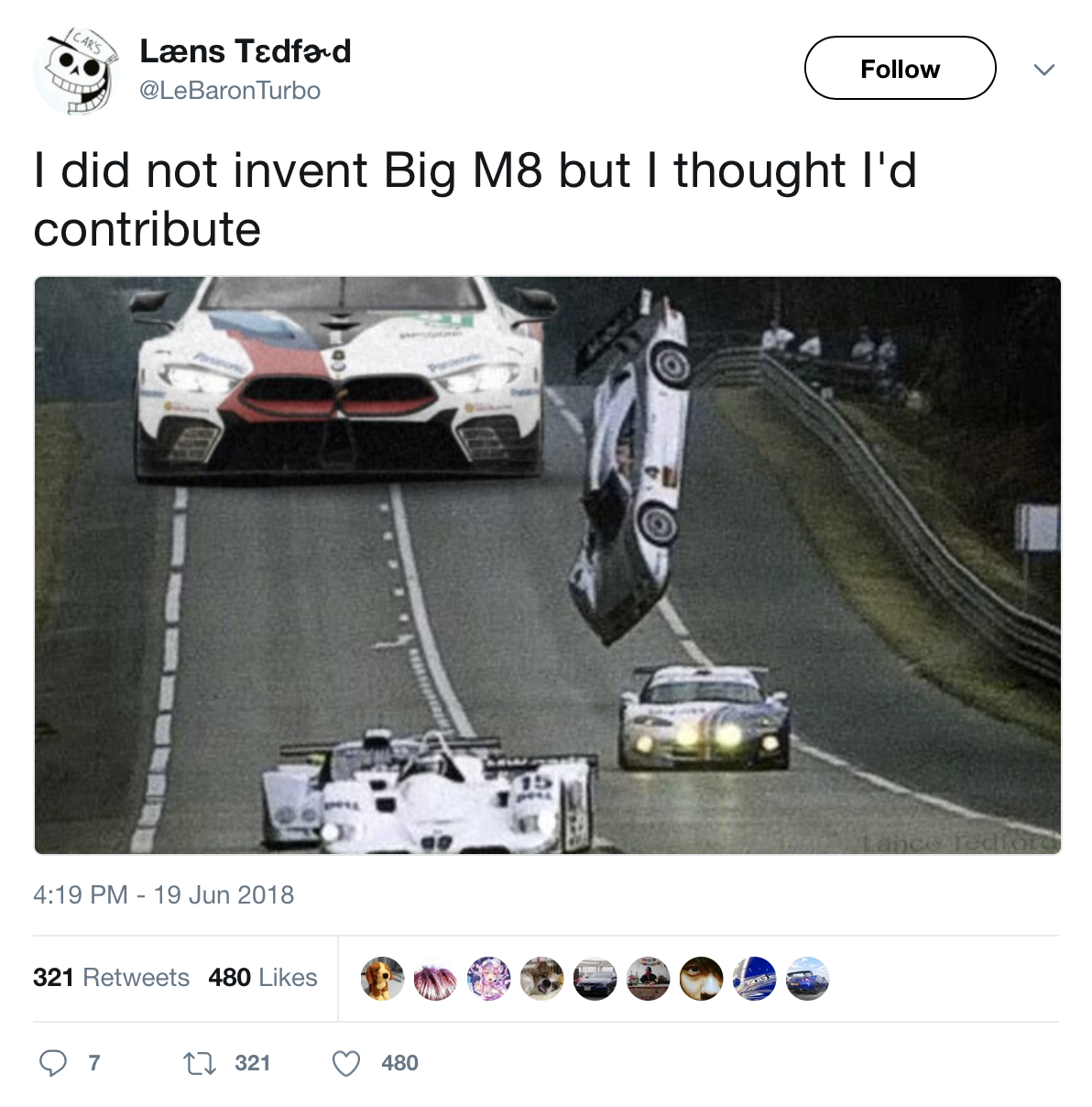 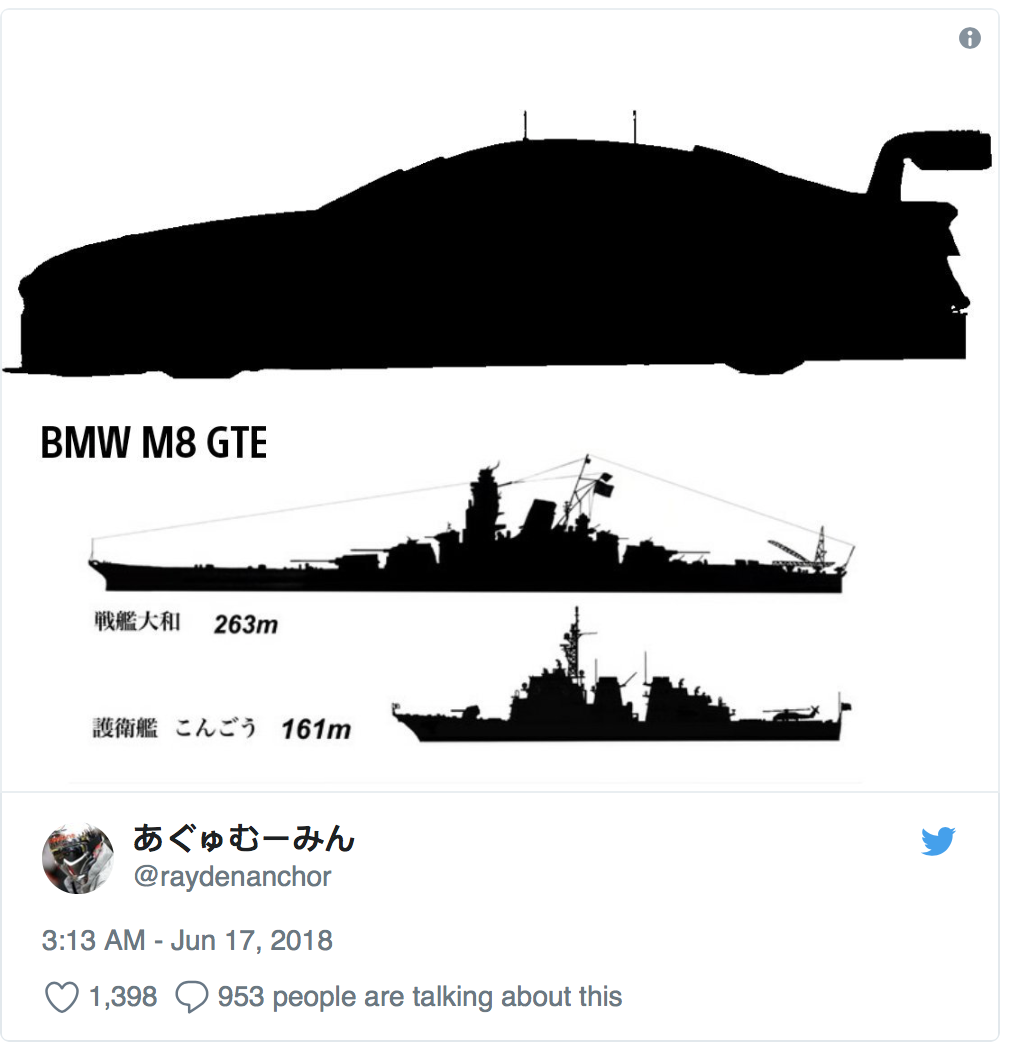 And then to rub salt into the wounds, of course, there were the memes. Brilliant, brilliant memes. They quickly caught on during the race when a screenshot from the live stream was paused at an uncharitable angle – alongside the 44″ tall Ford GT, the M8 GTE did look a little porky. But then again, almost anything would look a little porky alongside a Ford GT. The internet embraced it, and as happens with memes, the joke soon became far more entertaining than the original point. The M8 isn’t a small car, but it’s no larger than the Bentley Continental GT or even a Ferrari 488, but the memes are out there. The M8 will forever be known as oversized. 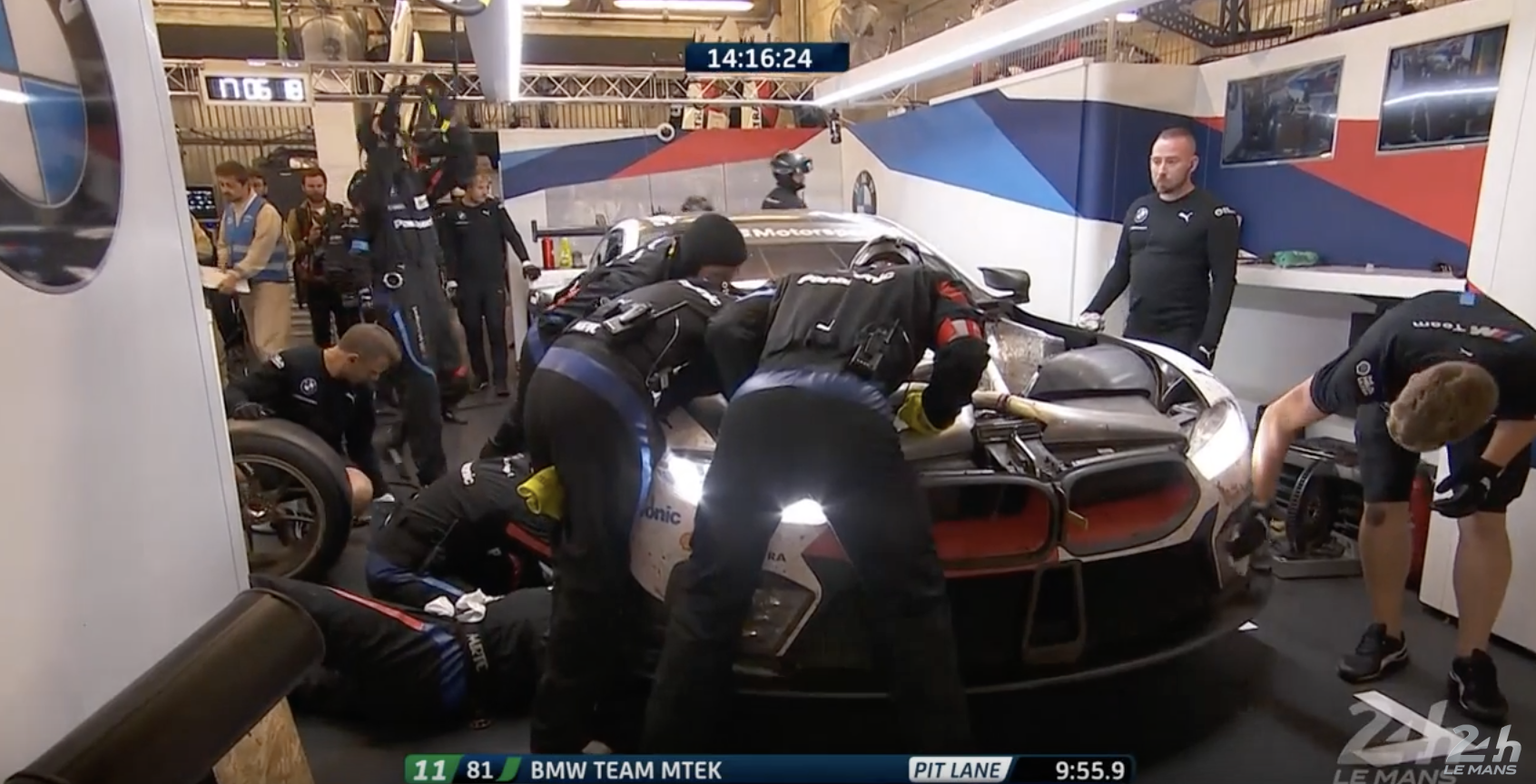 Regardless of the size of the car, it takes a great deal of effort from a highly trained team of specialist engineers to keep it running throughout the race. This clip provides an interesting insight into a single pit stop during the race, when a large number of service jobs are completed in the blink of an eye. Click here to watch.

In order to keep moving forward, BMW Motorsport must look to the future and the next race. And so do we, with an upcoming documentary set to be launched about the development of the M8 GTE and its first race. For now, the trailer will have to do. Click here to watch.