Become an expert on the M4 GTS 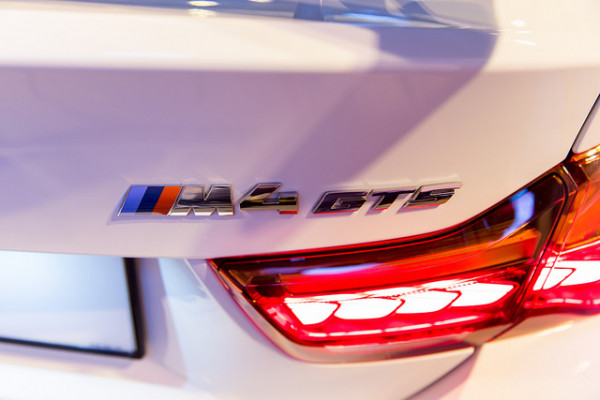 BMW has a long and proud history of creating some of the hottest saloon cars around. From the E36 M3 Evo cars, to the E46 CSL and the E92 & F82 GTS BMWs stripped back and focused performance vehicles are regarded as some of the best in the business.

Before the F90 M5 knocked it from the ‘fastest accelerating BMW’ spot the F82 BMW M4 was BMW’s only poster child, despite this it is still a mega car. In terms of design, performance and technology the M4 GTS is leagues above the regular F82 M4. Today we’re going to make you an expert on the F82 BMW M4 GTS.

In 2016 BMW released the M4 GTS, a successor to the bombastic E92 M3 GTS aimed squarely at the track. Where the E92 was limited to just 150 units worldwide, the F82 had a significantly larger production run of 700 units, 30 of which made it to the UK. The M4 GTS was more than just a striped and caged M4, there was clever weight saving and innovative performance enhancing technology under the skin. 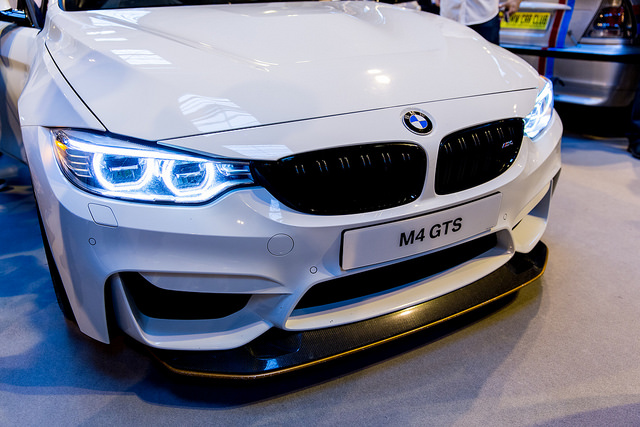 Most publicised with the M4 GTS was the five-litre water reservoir in the boot. The car featured water injection to reduce the intake temperature, which in turn enabled the engine to run higher boost pressure on the three litre twin-turbocharged inline-six. The trade off is that the water had to be stored somewhere, under the boot, and needed to be filled up almost as regularly as the fuel tank in fast driving conditions.

The upside of this complicated new technology was a power boost – peak power was increased by 68bhp to 493bhp at 6,250 rpm. Torque was boosted by 36lb ft to 442lb ft, which when coupled with the lighter car, earned it a fidgety and tail-happy reputation in the press.

It wasn’t just a power boost that made the GTS interesting; it was the bespoke materials and engineering involved. The titanium exhaust system, which saved 7kg over standard, was developed by Akrapovic. The orange lined ‘666’ titled wheels are forged and 19 and 20 inches front and rear respectively. BMW also offered a 10,000 carbon compound option (below) that saved a further 7kg of unsprung mass. 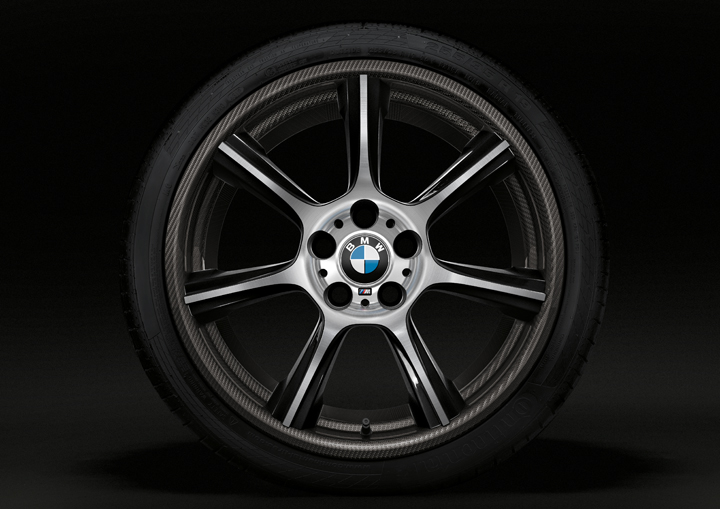 Since the M4 GTS was bred for the track, BMW replaced the stock springs and dampers with three-way adjustable coilovers, and a toolkit in the boot for fettling with the set up. The new set up has 16 clicks for rebound, 14 clicks in high-speed compression and six in low speed compression, plus 15mm of adjustment for ride height. All of which would be in vain were it not for the Michelin Pilot Sport Cup 2 tyres.

Carbon fibre played a large role in cladding the GTS. The bonnet, roof, tailgate and spoiler were all Carbon fibre to reduce weight. The rear wing and roof panel were left unpainted so you can enjoy looking at the weave, and seeing what your hard work bought you!

On the subject of price, the M4 GTS cost 120,770 when new. All 700 units were sold very soon after its announcement, so if you wanted one new then you were probably too late. After the GTS BMW also released the M4 GTS DTM edition – a white car with black wheels and BMW M stripes along the side to commemorate their success in the DTM racing series.

The M4 GTS was an absolute monster on track, posting a 7.27.88 lap time around the Nrburgring Nordschleife, a tenth of a second quicker than the more powerful Porsche Carrera GT and McLaren MP4-12C. It just goes to show that the M4 GTS was a serious car, despite the Evian in the boot.

We’ve taken on the arduous task of sourcing the Nrburgring lap footage, click HERE to see the M car get muscled around the track. 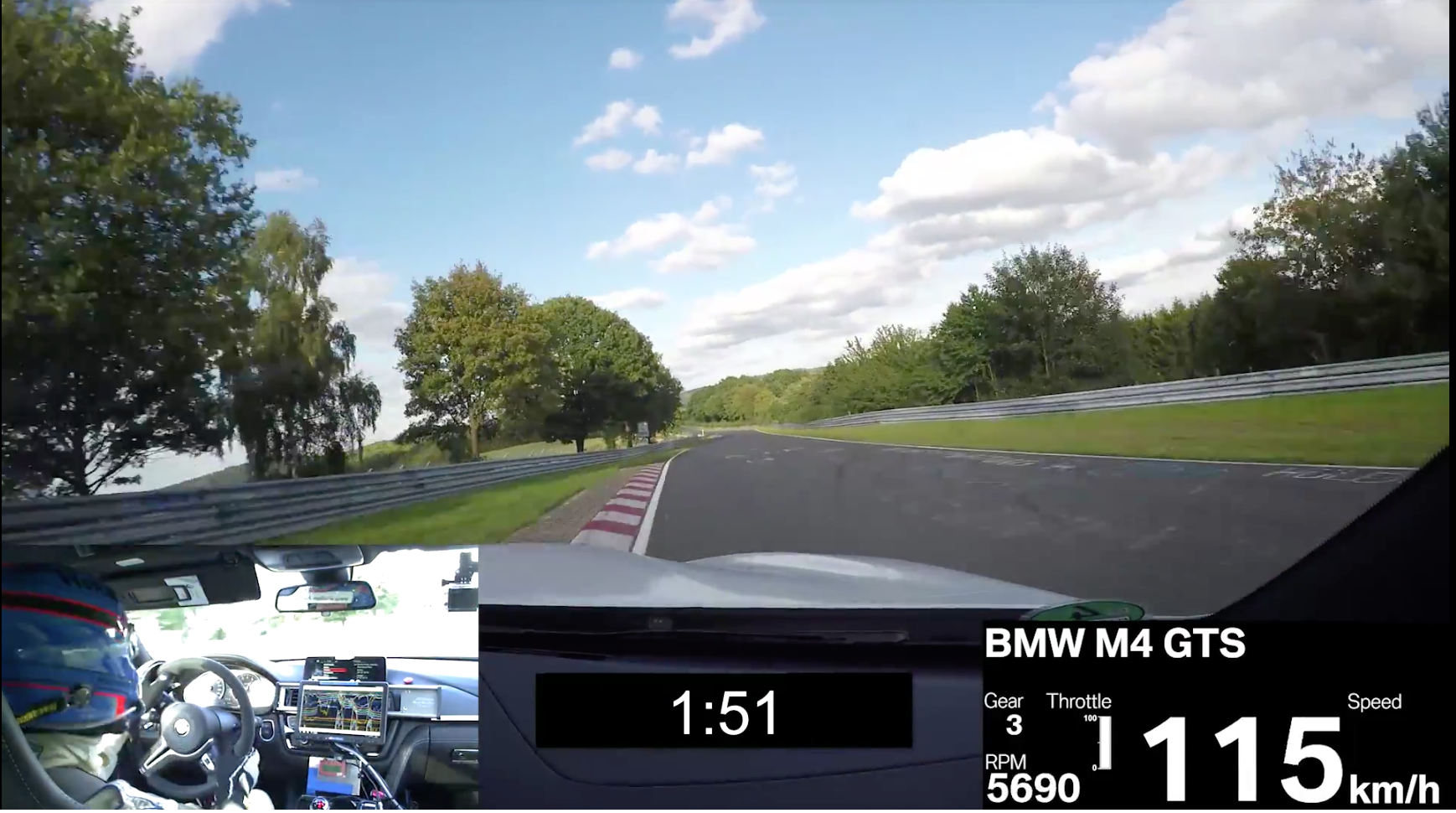 Although its track potential was almost unlimited, the colour choice was. From launch there were three colours available on the GTS – Frozen Dark Grey, Sapphire Black and Alpine White. The orange accents were, regrettably, compulsory. For the full track experience the no cost Clubsport package added an acid orange roll cage, fire extinguisher and six-point harnesses – a must for anyone doing laps of a track rather than a lap of Harrods.

So there we have it – everything you need to know about the F82 BMW M4 GTS! Now it’s up to you to head to the pub and show off your knowledge – you can thank us later. 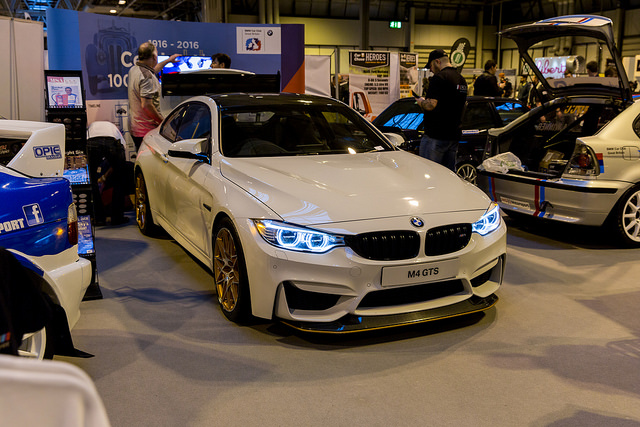