The World Is Not Enough…

This story was first published in the February 2016 issue of Straight Six, the official magazine of the BMW Car Club GB.

Choices, choices, choices – where do you turn when you own one of the most beautiful roadsters in the world, but find that its ‘measly’ 400hp simply doesn’t cut it anymore in the hypercar era? Take it to G-Power of course, a company run by ex-Alpina techies who build some of the fastest BMWs on the planet…

I’m not asking for any sympathy here, just giving you an understanding as to how much time and effort has gone into putting this article together. It turned out to be a real labour of love, involving a super secretive owner who, after an initial photo shoot, decided not to allow any more photos to be taken of his Z8, and swore everyone who had been involved in the build to a vow of silence.

Labour of love, well, yes, in more ways than one. You see, the Z8 is a car I have always lusted after. Indeed, myself and fellow club stalwart Darren Webster made a promise to each other that when prices dropped to 45K we would both purchase a Z8; mine to replace my beloved Z3M

Coupe that I still own today. Unfortunately, the lowest price I saw a decent Z8 for sale at was 47,995, back in 2004 – we readied to pounce, then a well-known London BMW used car dealer stepped into the Z8 market and prices rocketed – oh well…

My first port of call was of course G-Power, those crazy ex-Alpina boffins who decided to quit the Buchloe based manufacturer and go it alone because they felt that Alpina was way too conservative and not racy enough! A flurry of emails and a telephone chat with one of the partners followed; unfortunately I carried on receiving the same stock answer – “The owner of the Z8 is a very wealthy and also very private person who requested complete privacy with regards to the build and to himself – he even asked for us not to reveal which country it was flown/shipped to when complete!” A bit more digging found that the wheels came from German based company Wheelsandmore… and that, I’m afraid, was about it. No one was spilling the beans on this build… so It was time to get serious and consult my little black contacts book!

Put together over numerous years of business both private and BMW club/car related over the past 20+ years, I have built up quite a list from my travels to Germany/Europe, especially to the Nurburgring, Munich, BMW a.g. both in Munich and at the factories, Essen for various shows and Frankfurt for the Motor Show, as well as contacts at numerous BMW tuners and guys in the BMW world both here in Europe and the US. After numerous emails back and forth and a number of phone calls, I finally had enough info to put this article together, although in places it is still a little sketchy…

The chap who commissioned the build has owned his Z8 for the last 13 years. When he purchased the car, one could hardly say it was slow. With 400+ horses to play with from the ‘lazy’ M Power S62B50 5-litre V8, the Z8 could sprint to 60mph in just over four seconds, and although electronically limited to 155mph, delimited, the Zed could hit 180mph flat out. 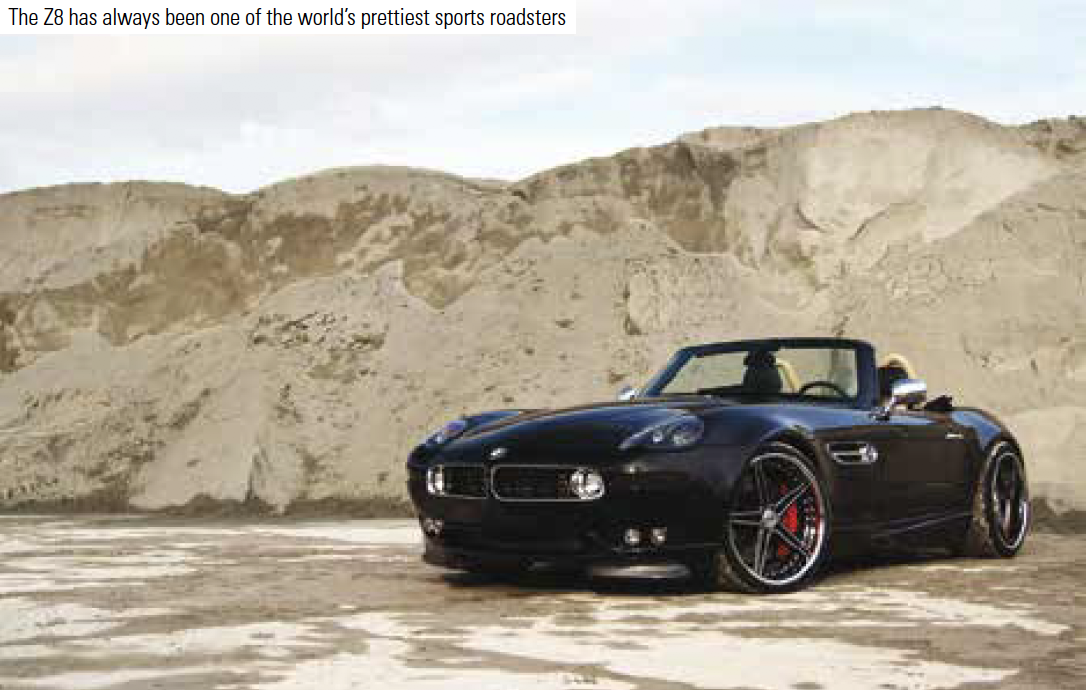 The late Richard Hamann of Hamann Motorsport fame, Z8 owner and long-time friend once told me that although BMW officially stated the Z8’s S62B50 engine (as fitted to the E39 M5) produced circa 400hp, BMW’s engineers cherrypicked the ‘best’ engines for the Z8, fitting balanced sets of rods/pistons before the engine was blueprinted. Richard said that they had never had a S62B50 equipped Z8 in the Hamann workshop that produced less than 400hp, with many having a minimal 410-420hp, and a few exceptional ones produced 420-435hp, thanks to the balancing etc.

So in its time the Z8 was no slouch, hence its more than respectable 0-60mph times, but role on to 2014 and 400+hp just isn’t cutting the mustard any more in the supercar playground, with 600hp+ now the norm. Plus the Z8 has always had a bit of a soft image with the supercar set; not hardcore enough. More boulevard cruiser than Nurburgring warrior. The borderline clutch never helped, being a bit ‘mushy’ and ‘slippy’ when hot with abuse. And although the monocoque is constructed from aluminium, the Z8 still weighs in at a portly1660kg – if only 200-300kgs could have been shaved off the kerb weight…

The suspension was more than adequate but not track sharp, and why oh why didn’t BMW fit 6-pot brakes to their then flagship model? A well-known American magazine road test showed the Z8 pulled better lateral ‘g’ cornering figures ‘on track’ when tested against Ferrari’s latest sportscar at the time (the 355), which gave the Z8 a shot in the arm and bar room bragging rights, especially in the US. But to be honest, BMW struggled to shift Z8s, and production came to an end after Z8 number 5708 was sold in 2003. A travesty really when one considers how beautiful the Z8 was in the looks department, and check out those second-hand prices now… 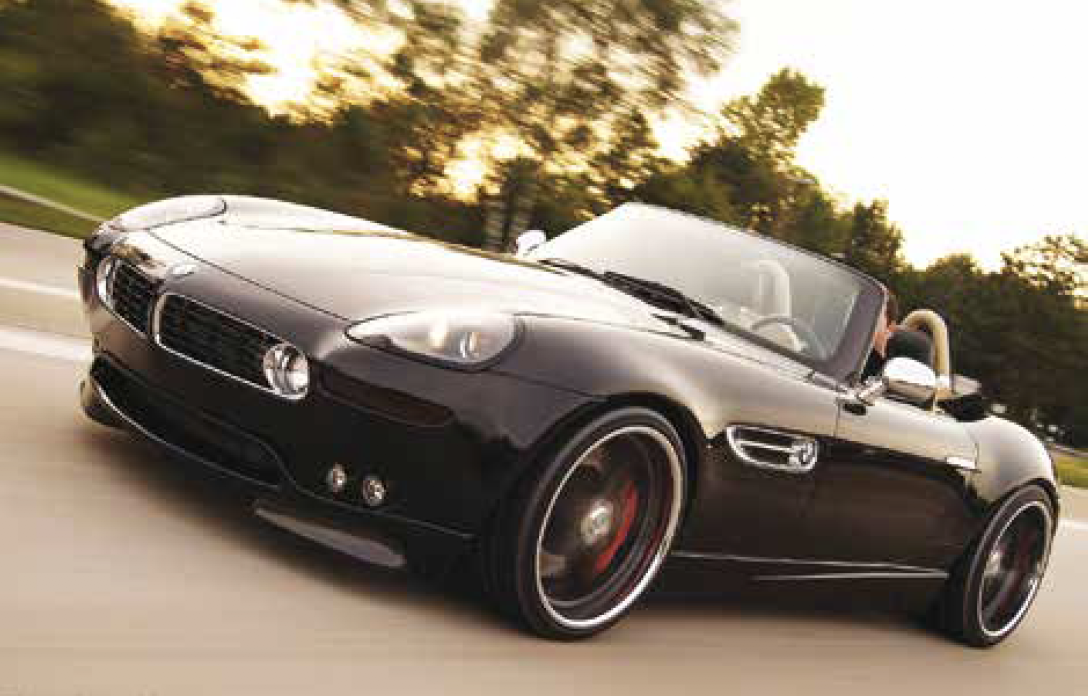 So after taking plenty of advice on board the owner approached G-Power and asked them to build an engine that would, at the very least, avoid the Z8 being embarrassed by most modern supercars. G-Power has had much success with its twin-supercharged kit as fitted to the E60 M5 Hurricane models, so an adapted version of this was chosen for the Zed. Plumbed in and bolted onto the E60 M5’s S85B50 engine, the kit has produced between 700 and 1001hp!!! So there was definitely scope there to extract real power from the M Power V8. The owner liked what G-Power were proposing and gave them the go ahead to literary ‘do what they gotta do’ to not only give the Z8 modern day supercar power, but to also transform it the most powerful Z8 on Planet Earth! In what was turning out to be a money no object build, he also instructed G-Power to equip the Z8 with suspension and brakes to handle the power increase.

As previously mentioned, the Henrik Fisker designed Z8 has matured into one of the most beautiful roadsters on the planet. Besides the Z8, Fisker also penned the DB9 and V8 Vantage models for Aston Martin, so the Z8 is in automotive supermodel company. Thankfully, the

owner wisely decided to keep body modifications to a minimum, with the addition of the G-Power lower lip spoiler (which also incorporates a twin driving light pods) and the G-Power side skirts being the only external changes to be made.

G-Power set about adapting their SKIII supercharger system as fitted to the S85 V10 to fit the Z8’s V8. The SKIII kit utilises a pair of belt-driven ASA T1-316 superchargers, each providing charge air per cylinder bank. Not only has the SKIII kit to fit, the installation has to look as clean and neat as a ‘factory’ install in the Z8’s engine bay. 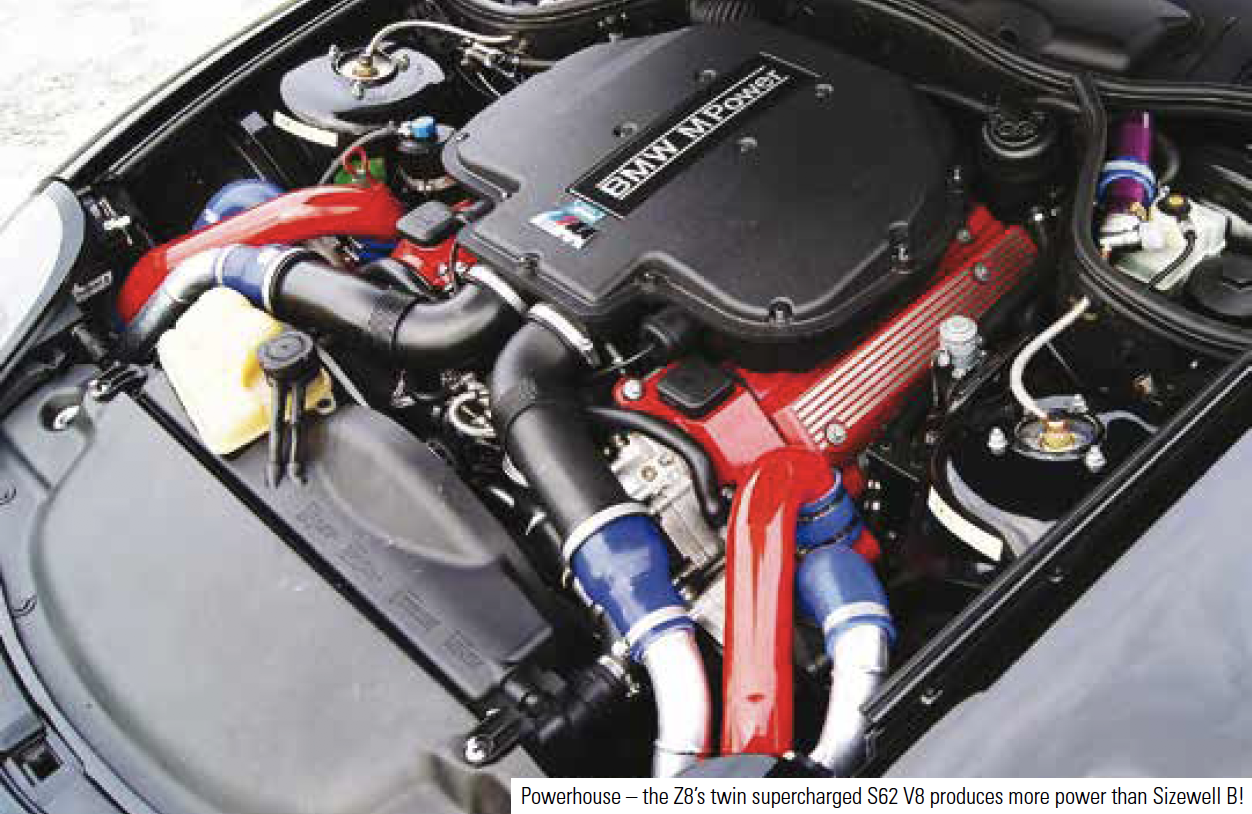 To realise the performance required, every component in the well-proven kit has been revised and optimised for life in this rarefied strata of engine performance. This uprating process begins with the optimisation of the coldair intake system with Ram Air effect ducting, enlargement of the charge air coolers, water and oil coolers, and extensive testing of the revised engine control software applications. Whilst one team of technicians worked on the supercharger set-up, another team stripped the Z8’s engine for safety’s sake, and rebuilt the engine fitting new, balanced rods, bolts etc as well as rebalancing the crank. A new UUC Twin Disk clutch and flywheel kit was also fitted. The UUC kit was imported from the US from BMW tuners Turner Motorsport – the twin Feramic design is said to be able to handle 1000hp!!

At the other end of the engine, an ultralightweight titanium exhaust system with racing cats lowers backpressure and releases the exhaust gases via two round 120mm diameter tailpipes to match the original look, whilst at the same time producing a growling V8 soundtrack. Once bolted in place and plumbed in, G-Power’s software engineers set about tuning the electronics to make sure everything worked perfectly on the S62B50 V8 engine to give maximum power and torque. Although there is a huge difference in the ‘nature’ of the engines, the V10 a high-revving screamer, whilst the V8 is more of a typical V8 – laid back, unstressed and slightly lazy, the electronics adapted quite easily to the slightly languid S62B50 V8 and the engine was soon producing some very encouraging power readings indeed…

To ensure that the chassis of the Z8 wouldn’t be overwhelmed by the monstrous engine power, the engineers embarked on a comprehensive suspension upgrade that has been thoroughly track tested and signed off as the G-Power ‘Nurburgring Set-Up’. This consists of fully adjustable coil-over suspension that lowers the centre of gravity and ensures unerring stability at speed. 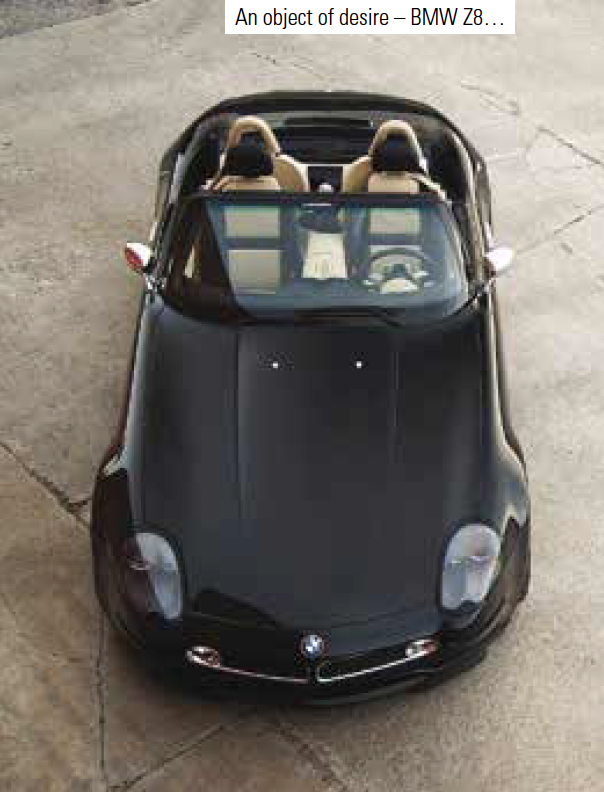 While these finishing touches were taking place, the software engineers were busily tweaking and testing away, extracting every last ounce of power they could out of the S62 V8. Finally they were happy. On the final set rolling road runs, they saw 827hp! After a couple more tweaks they hit 857hp and then 874hp, and although it may sound contrived, on the final run, the G-Power technicians saw the Z8’s bi-supercharged S62 V8 produce 888hp – yes, that’s right folks, eight hundred and eighty eight horsepower – amazing!!! The 5-litre V8 also nearly wrenched the Z8 off the rollers thanks to the 987Nm of torque it is now putting out – that’s not just tree stump pulling torque, we’re talking deforestation on a grand scale!

Before the car was handed over to its owner, G-Power carried out thorough road tests, debugging any slight problems on the Z8 to make sure the car was as damn near perfect as it could be. I’m told the Z8 is obviously stupendously quick in a straight line; with nigh on 900 horses on tap, it should be; it can easily dip under three seconds to 60mph if you can get the power down.

But what is even more impressive is how the Zed now drives. It is now able to corner as if on rails thanks to the trick suspension and has immense stopping power, thanks to the ceramic brakes, and the UUC clutch is well up to the job of handling the power with no hint of any slip. This Z8 feels as comfortable on track as it does cruising along the most exclusive harbour slip roads. The car is also well able to travel on the far side of 200mph, on a derestricted autobahn of course, and it now has the power, handling and braking hardware to match the finest out there.

My contact at G-Power did answer one question I put to him though; when asked if the customer was happy after driving his ‘new’ Z8, his reply was typically a Germanic restrained – “VERY!”