Analogue Apostle – the simpler the better 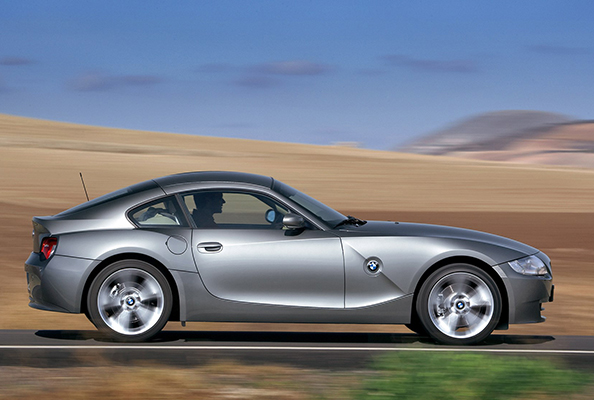 I’m in the market for a ‘new’ used car. I’ve yet to sell my current steed – the recent lull in the classic market isn’t helping – but that hasn’t stopped me from ruminating over my next choice of chariot. Traditionally my tastes can be best described as post-carburettor but pre-airbag; in other words late-seventies to early-nineties cars.

A return to Mk1 VW Golf GTIs is tempting for the exquisite proportions alone, while the better value utilitarian masterclass that is the small-bumper 8 valve MK2 GTI has been on my ‘must own’ list for decades. A suitably cherished 318is would be a choice candidate for my second E30 3 Series; while that rarity, a non-leggy 944 S2 coup would see me keeping the faith with a trio of consecutive transaxle Porsches. Yet whilst that aforementioned quartet still hold an irrevocable pull, there is a more modern – post-millennial in fact – option that I keep looking at… with looking being the operative word in the case of BMW’s exquisitely styled E86 Z4 Coup.

I clearly recall in the autumn of 2005 buying Autocar magazine after glimpsing the production-identical concept on the cover; a shape which, if anything, looks even better today. The brawny 3.2 M is a fine beast, though the still-athletic 3.0si – with its more affordable running costs and less lairy front bumper – is the one for me. There is just one issue that I’ll need to address though, and that’s my almost monastic adherence to analogue automotive accoutrements.

Put simply, I have a deep-rooted preference for hand winder operated windows, toggle-adjustable mirror glass, opening one door at a time manually via an inserted key, and using a variety of arcane wheels and shoehorn-shaped levers to manually set the driver’s seat to my required position.

I know I’m coming across all Viz‘s Victorian Dad but I like to think that favouring fuel injection over Webers and being an ardent advocate of heated rear windscreens lends me a modicum of modernity? Jesting aside, whilst my Spartacism doesn’t extend to the track refugee extremes of thinner windscreen glass, no carpets, fabric loops instead of inside door handles and a decal in place of an enamel bonnet badge, a proliferation of electric kit is more likely to go wrong, cost more to put right and additionally weighs extra in comparison to the analogue equivalent.

On balance, the Z4 Coup’s striking profile combined with its never-to-be-repeated naturally aspirated straight-six look like edging it for me, and (small victories) examples without the flip-up navigation screen do exist. I did have a great idea for a business: taking modernish cars, pulling out all of the non-essential electrickery and replacing it with mechanisms of hand operated wholesomeness – until I realized that I’d possibly be the sole customer…

Or maybe not? Perhaps, like Caesar (whose first Porsche 968, the lightened Club Sport is pictured below) you admire certain modern designs but also have a similar outlook when it comes to keeping things simple? Let us know!