BMW’s M division have a proven track record of converting some of their most practical family cars into some of the best all-out track day bruisers worthy of the title slogan, “The Ultimate Driving machine”. But as time moves on and technology develops, some of the elder models become overshadowed.

The E36 M3 is a prime example of this. Today it can be considered by many to be a bit of an under-achiever of the M3 family. It isn’t a hard-core stripped out homologation special like its older E30 brother and it doesn’t have anywhere near the power of the younger E46. It’s an awkward middle sibling that on paper doesn’t look all to strong.

Even the E36’s looks could leave you wanting more. The E30 M3 was totally redesigned from nose to tail with wider wings and a more aggressive appearance; and the later E46 with its more muscular lines over its standard counterparts certainly has more road presence. Whereas the E36 shared many of the standard 3 series body panels with only a few of the details changes. It was more an exercise in subtle elegance than out and out sports saloon styling.

But with all that said, speak to anyone who has driven one and they will tell you the car is one of the most exhilarating and well balanced cars you can drive and in its heyday it was regarded as one of the best handling cars on the road. There were also a number of special editions that took the standard car up a notch and acted as the homologation examples for BMW to race. 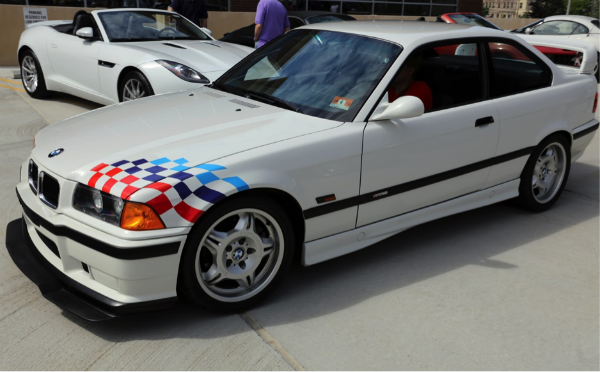 The first of these was the creatively named E36 M3 Lightweight. As the name would suggest, this was a lighter version of the standard E36 M3. It carried a number of modifications from factory, the first of which were stripping out the radio, air-conditioning, cloth interior, and tool kit and sunroof. The doors were then fitted with an aluminium skins and BMW set about removing most of the carpet and stripping the car of some sound proofing and insulation. Overall BMW shaved just shy of 100kg off the car.

Other changes included the removal of the speed limiter, a different final drive, a specific set of staggered fitment forged alloy wheels as well as new springs to lower the cars centre of gravity and aid handling. The cars only came in Alpine White and were distinguishable by the motorsports decals on the front and rear of the car. 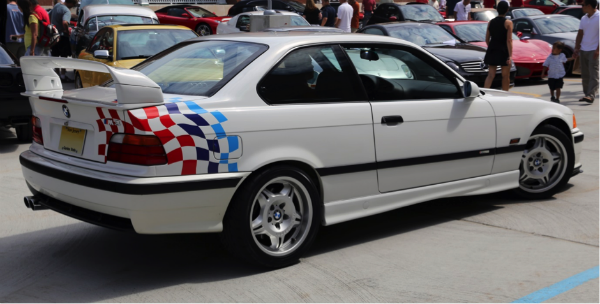 The lightweight editions also came with a few un-fitted modifications curtesy of Prototype Technology Group Racing. They placed a new oil sump and a duel pick up oil pump in the boot. Also included was a front strut brace, a lower x brace and for extra styling points, a set of spacer block for the spoiler were added in. Interestingly, while all these parts were designed to give the car a competitive edge while racing, they would also void the factory warranty if they were fitted to the car! New owners had to sign a document stating they understood this before they got the keys. 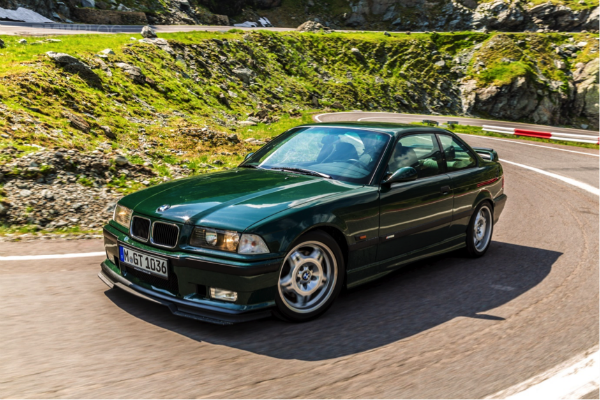 If the Lightweight edition lacked too many of the creature comforts, there was the E36 M3 GT. This was a limited edition car with only 356 thought to have been made and only 50 of those in right hand drive. The cars only came in British Racing Green with a green interior. The main changes over the standard cars included a better aerodynamic package with a large rear wing and an adjustable front splitter. They also came fitted with the same staggered fitment forged alloy wheels that the Lightweight example came with and were fitted with stiffer suspension, an x brace under the car and a strut brace up front.

The engine was also tuned, first by raising compression then by fitting a revised intake manifold and a more aggressive set of cams. The car produced 295bhp, 55bhp up on the standard E36 M3. 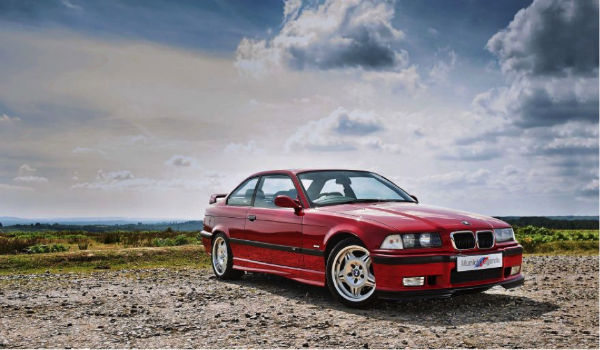 With only 50 M3 GTs coming to the UK and them selling out in a matter of days, it wasn’t long before BMW released another special edition. Officially called the Evolution Imola Individual, also going by the name of GT2.

Not a lot changed from the first GT, the main difference was the colour, now only available in Imola Red with red leather interior instead of British Racing green. A couple of more subtle changes for the GT2 came in the form of a unique aerodynamics package, including a redesigned spoiler and front splitter. Other than that, all the changes of the original GT remained. 200 GT2s were manufactured with only another 50 came to the UK, making the GT and GT2 the most desirable and rare example of the E36 M3.