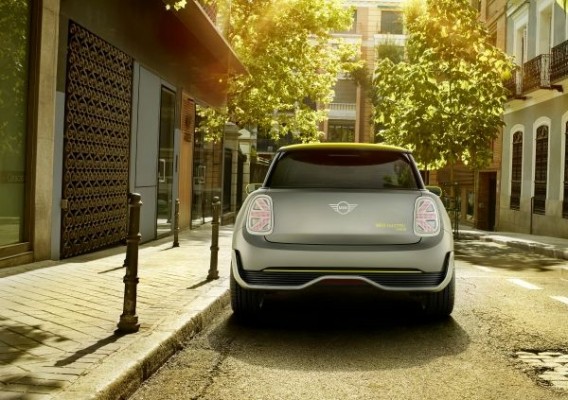 Almost 10 years after MINI E laid the foundations for production-standard battery electric vehicles within the BMW Group, MINI is now offering a window on the future of urban electric mobility. With a focus on driving excitement and inspiring design, it moves the brand’s urban tradition into the electric age and in doing so spices up the conventional notion of electric mobility. A production version of the MINI ELECTRIC CONCEPT will be unveiled in 2019. 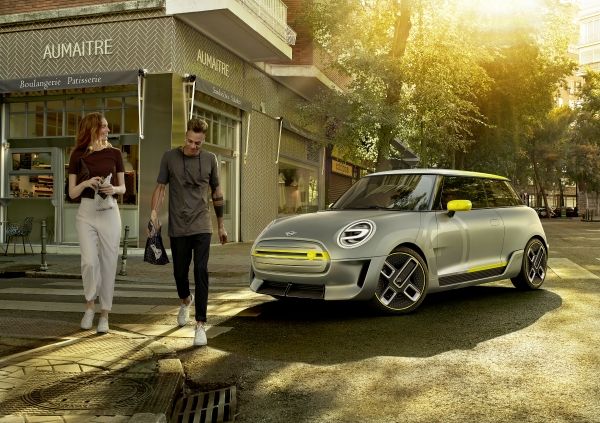 The MINI ELECTRIC CONCEPT will debut at IAA Cars 2017 in Frankfurt, and be on public display from Saturday 16th September. This debut follows the launch of the brand’s first ever electrified production model, the MINI Countryman Plug-in Hybrid earlier in 2017.
“The systematic electrification of the brand and product portfolio is a mainstay of the BMW Group’s NUMBER ONE > NEXT strategy. The MINI ELECTRIC CONCEPT offers a thrilling preview of the all-electric production vehicle. MINI and electrification make a perfect match,” remarked Harald Krger, Chairman of the Board of Management of BMW AG.

An innovative, zero-emissions solution to the current challenges facing personal mobility, the MINI ELECTRIC CONCEPT combines a drive system that is always quick off the mark with a precision-tuned suspension. The drivetrain and performance characteristics offer an enthralling drive on both city streets and country roads that is typical of the MINI product range.

The perfectly streamlined design provides an optimal balance between agility and weight, enabling the MINI ELECTRIC CONCEPT to offer a maximised range in combination with the brand’s unique driving dynamics.

“With its characteristic go-kart feel and powerful electric motor, the MINI ELECTRIC CONCEPT is great fun to drive while also being completely suitable for everyday use – and producing zero emissions to boot. That’s how we at MINI envisage electric mobility in tomorrow’s world,” said Peter Schwarzenbauer, Member of the Board of Management of BMW AG, responsible for MINI, Rolls-Royce and BMW Motorrad.

MINI – blazing a trail for electric mobility at the BMW Group.

It has been nearly ten years since MINI took an important and pioneering step and laid the foundation for developing electric mobility to production standard at the BMW Group with the MINI E. Unveiled in 2008, the MINI E was the first all-electric car from the BMW Group to be driven by private users in everyday traffic conditions as part of an extensive field trial. Over 600 MINI E cars entered service worldwide for the field study which provided vital insights into the daily use of all-electric cars. The learnings from this trial were subsequently incorporated into the development of the BMW i3.

In spring 2017, the BMW Group presented the first ever production plug-in hybrid model from the British premium brand in the form of the MINI Countryman Plug-in Hybrid.

Since its UK launch in June 2017, the MINI Countryman Plugin-Hybrid has impressed customers with its combination of versatility, handling and the option of zero local emissions. The all-electric MINI ELECTRIC CONCEPT ties in seamlessly with the story so far.
Unmistakably MINI – the design.

“For aerodynamics and lightweight design aren’t just important in the world of motor sport; they are also essential factors for maximising the electric range. The surfaces furthermore have a sense of precision and contemporary clarity about them that gives added impact to the car’s efficient character. In addition to this, the striking accents and vivid contrasts give the exterior that distinctive MINI twist.”

The new MINI Electric concept is instantly recognisable from the front by its hexagonal radiator grille and circular headlights. Identifying features on the exterior include the contrasting silver and yellow colour scheme that is reminiscent of the earlier MINI E, as well as the distinctive E badge.

In addition, the radiator grille and front headlights have been reinterpreted to reflect the emission-free technology under the bonnet. As the electric drive unit does not require any cooling air, the radiator grille is closed for superior aerodynamics. An accent bar in Striking Yellow in the grille with an E badge in the same colour produces a powerful contrasting effect, which is echoed by the styling of the daytime running lights in the all-LED headlight assemblies. The front apron’s simulated “air intakes” are also sealed, yet they still include dark louvres that look like cooling fins.

All additional exterior design features have been specially developed to both highlight the dynamic driving character of the MINI ELECTRIC CONCEPT while at the same time increasing its range with their optimised aerodynamics.

Clearly moulded fibreglass add-on parts along the lower edge of the electric MINI concept serve to intensify the stylish MINI proportions. The car’s silhouette is composed of taut, clean-cut surfaces which produce a minimalist impression. Short overhangs and the characteristic MINI stance on the wheels instil the brand’s trademark dynamics. The paint finish is Reflection Silver – a matt liquid metal colour shade.

The technical appearance of the car’s sides has been softened with a series of material and colour highlights. An eye-catching E badge above the front wheel is another defining feature to highlight the electric power source. Its shiny finish within the otherwise matt exterior paintwork creates different effects depending on how it catches the light. The interplay between matt and high-gloss surfaces within a shared colour scheme results in a modern look. As well as the badge in the radiator grille, the exterior mirror caps also sport MINI E badges. Colour gradients incorporated into both the side skirts and roof using the accent colour, Striking Yellow, create a unique side profile. The roof goes from matt white to high-gloss yellow, while the yellow finish of the side skirts fades at the top until becoming transparent so that it appears to merge into the body colour. The colour transitions give the car a lighter, fresher and more sophisticated presence while the new Striking Yellow shade provides a new take on the classic yellow colour for the electric MINI.

From the back the new MINI electric concept is still recognisable as a distinctive MINI design, with a side sporty stance. The top section is dominated by clear surfaces, and takes on a far more dynamic aspect the nearer it gets to the road.
MINI’s familiar approach of cascading, where the car’s volume steadily increases from the top down, creates broad and athletic shoulders. The rear light assemblies constitute yet another standout visual feature and provide a clear pointer to the car’s British roots: framed within the classic MINI outline, they each form one half of the Union Jack as an LED dot matrix.

Further down, in the rear apron there are more aerodynamic elements similar to those at the front, including air deflectors and a fibreglass diffuser. These reinforce the car’s efficient dynamism on both a visual and a functional level. There is also a yellow accent stripe that provides a striking colour contrast while also announcing the presence of an electric drive system from the rear, something which is further underlined by the lack of exhaust pipes and the dark louvred surfaces in the simulated air outlets.
Innovative 3D printing.

The aerodynamic inlays were made using a 3D printing process and echo the fibreglass structure of the air deflectors. The recessed louvred surfaces in the air intakes were also produced using a 3D printing method. These two elements emphasise the lightweight and ground-breaking character of the MINI ELECTRIC CONCEPT, while at the same time illustrating the opportunities offered by 3D printing in terms of producing small-run or individually personalised parts.