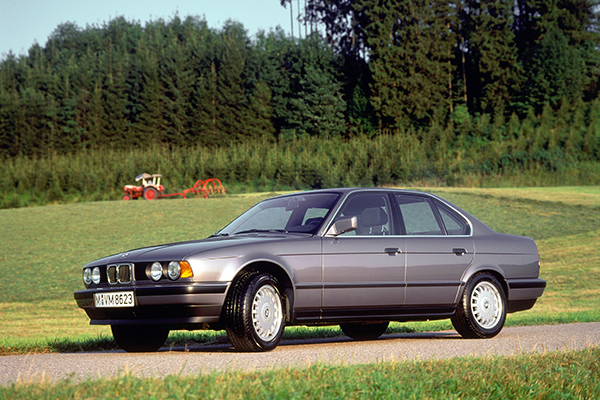 In this piece first published in Straight Sixin May 2016, regular contributor Dan Norris discusses exactly why it is he, and he thinks others, choose BMWs. For more from Dan, as well as lots of other great content, sign up and join the BMW Car Club.

Everybody has their own reason for driving a BMW. We’ve all tried, at some point, to explain to the uninitiated what makes these cars so special, some with an evangelical fervour and some with simple explanations about the physics behind the perfectly balanced chassis, the power, the controlled cockpit environment designed to minimise stress, the build quality…you know the sort of stuff. But about fifteen years ago, I had the privilege of discovering exactly what mine was, although I suppose I already sort of knew.

My girlfriend’s 1988 Ford Escort had finally expired, and the hunt was on for a replacement. Unfortunately, despite much eulogising on my part, her short list didn’t include a BMW and this was bad news. It meant I might end up with something horrible and Japanese on my nice smart driveway. Worse still, another Ford. Then, one day, she arrived home with an announcement. ‘Great news!’ she exclaimed. ‘My father’s giving us his Vauxhall Omega – for free!’ I shuddered. ‘Oh God. That means we’ll have to drive the thing’, I muttered. Of course I was immediately accused of being ungrateful, ungracious about other people’s choice of cars, and generally an insufferable car snob.

Maybe she had a point, I thought after a while. After all, this was a car that upon launch wowed the world with its technological prowess, such as advanced self diagnostics and world beating figures for drag coefficient (a ‘remarkable’ 0.28 for those who enjoy drag coefficient statistics). Of course I knew that it vaguely shared a platform with the much talked about Lotus Carlton, which seemed to have made a pretty good name for itself. And, given the fact that this particular model boasted a 2.5 V6 (and rear wheel drive), maybe it wouldn’t be so bad. 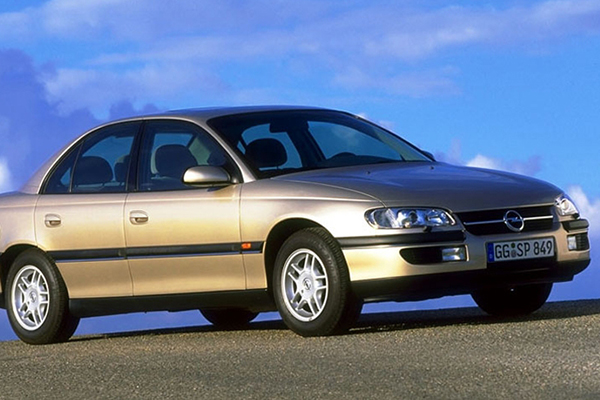 In fact, at around 1 billion in development costs – in the early eighties mind – the Omega was one of the most expensive cars ever developed, going on to be sold around the world under a variety of names, and ending up as European car of the year in 1987. ‘Our’ Omega was armed with an arsenal of gadgets – electric heated seats, air con in the glove box, cruise, electric sunroof and a decent stereo, and on first arrival I was a little more optimistic, after all, who doesn’t like a good gadget? I soon found out that any optimism was wildly inappropriate as I jumped in and pushed the go pedal.

It became immediately clear that there was absolutely no connection between the noisy activity under the bonnet and the movement of the wheels. The V6 howled, the car drew a deep breath, the auto box counted to ten then selected a lower gear but everything else stayed exactly the same – scenery, wind noise, velocity. As it turned out, this was just as well, because as we arrived at the first corner I suddenly realised that there is only one reason why you would give somebody a Vauxhall Omega. It means you want them dead. As we lunged and lurched through the first shallow corner, I felt the weight of the engine pull us uncontrollably towards the bushes, with any movement of the steering wheel only provoking more chaos until white with fear, and I might add slightly soiled, we straightened out and pulled over. All I could wonder was what terrible indiscretion I had committed for my father-in law to hate me enough for this.

All humour aside, what the Omega did more than anything else is show me how badly a car can be made. Not just the build quality – which was dreadful – but the fundamental design and concept. It is simply mind blowing how any company with a billion quid at its disposal could end up with a product which is basically unfit for purpose. It’s unfathomable how the management at GM signed off something as appalling – and frankly lethal – as the Omega. In terms of manners, the Omega is the road equivalent of Sid Vicious at a baby shower. I honestly felt scared every time I got in the thing. What would happen in an emergency? If the Omega struggled to make the bend at 65mph with me in full control, what would happen if I had to make an emergency stop in the middle of a corner?

For many weeks I plotted and schemed about how the Omega might accidently catch fire – after all nobody was likely to steal it and I certainly wasn’t allowed to sell it. I left the thing unlocked with the keys in it, and visited the very worst parts of town, but to no avail. Then fortune smiled upon me once again. ‘Really bad news’, came the call one morning. ‘The Omega has broken down, the RAC say it’s the gear box’. Bingo. 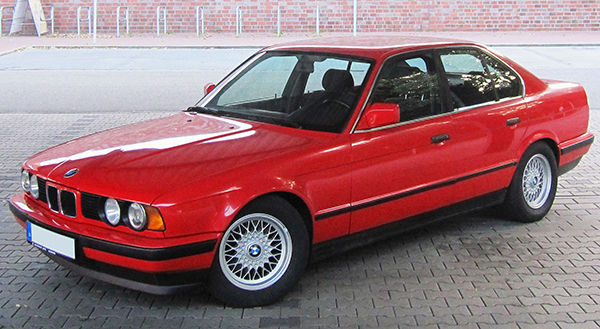 One phone call was all it took to get a quote for a recon box (I didn’t ring round for a discount), obviously more than the value of the car itself. And as luck would have it a spare E34 525tds had become available at my company – diesel, yes, with no refrigerated glove box and less horsepower – to say nothing of the drag coefficient – but a BMW nonetheless. It was perfect for her. And what a difference a name makes. Even today the E34 seems modern, solid and reliable, and whilst the 2.5 diesel may be a little underwhelming (whose idea was it to put it in the Range Rover?) from point to point the E34 could hustle along at a pretty good pace, with the driver and passengers arriving happy and refreshed. And, of course, alive – which is quite important in a car.

And there, in a nutshell, is why I drive BMWs. This is a company that really cares about the driver. The ‘Ultimate Driving Machine’ strap line is not mere marketing flab, it’s the company’s true philosophy. Even a lowly diesel workhorse has the innate characteristics that make for a car that feels outstanding, a car you can trust with your life. Contrast that with the thoughtless and shoddy output from the likes of GM and you begin to understand why GM went into chapter 11 bankruptcy and BMW went on to celebrate their centenary as one of the most successful car makers of all time.

And when the time came for the inevitable accident – a foreign lorry pulled out into its own blind spot on the M20, touching the rear quarter of the E34 and sending it into a spin – she was able to recover the car and limp to safety. Even in extreme circumstances the 5’er was controllable, the balanced chassis responding perfectly at the crucial moment, the layout and set up of the controls meant she could react as required when it was really needed. It probably saved her life. Whilst the car was pretty well a total loss, the driver was unharmed, if a little shaken, and a major lesson was learnt.

It’s an experience that’s stayed with me ever since, more important than bhp or torque, internet connected iDrives or fancy dual clutch gearboxes. I just want to stay alive. And when it comes to choosing a BMW, what other reason do you need?