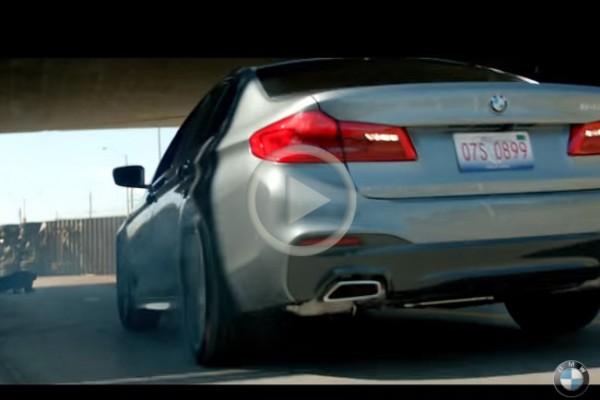 We’re pretty excited about the return of BMW Films, as you probably realised when we got all wide-eyed over the first trailer. They’ve now released another trailer for the ‘The Escape’ and the big news is that the short-film will star the brand new 5 series.

Yep, that’s as in the 5 series which BMW only officially revealed yesterday. This answers the question that had been puzzling us, as to why the first trailer didn’t show any exterior shots (or even much of the interior) of any BMWs.

Clearly, BMW had been waiting to reveal the new 5 series before releasing this new trailer.

It had been suggested by fans that BMW had revealed the new 5 series slightly ahead of schedule after press images of the new car leaked a few days ago. This trailer would suggest otherwise, given that ‘The Escape’ is due to be released on the 23rd of October.

That, or BMW has some very fast-working video editors who are working hard to cover up the leak.

Nonetheless, we’re excited to see the new 5 series in action in ‘The Escape’. The exact model seems to be a 540i M Sport. While the decision not to go with the M5 is surprising, BMW might have made the decision that the M5 has appeal enough on its own.

In truth, BMW might be feeling the need to create some excitement around the new 5 series, as much of the first reaction to the new car’s images have been indifferent.

Certainly it’s a case of evolution not revolution.

However, the making of the new 5 series will of course be in how it drives, which ‘The Escape’ hopes to showcase…